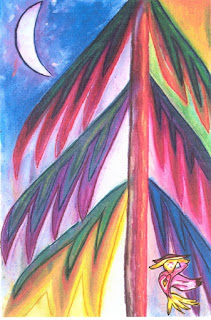 A Message from the Arcturians

There are many things that are occurring at once Within this NOW.  Therefore, we the Arcturians, wish to send you all the Love and Light that you deeply need and deserve.

Within this NOW, we the members of your Galactic Family, are over-lighting the ones who are presently wearing a third dimensional, human form on Gaia.

We say presently wearing, because many of you are actually Galactic Beings of the fifth dimension and beyond,

We, your Galactic Family, know that YOU are the ones who have volunteered to take on a third dimensional physical form in order to assist the other third dimensional humans who are moving through this challenging time of Planetary Transition. 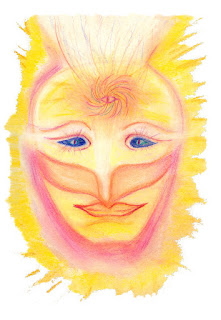 We, your higher dimensional family members, who are primarily the Arcturians, the Pleiadians, the  Antarians and the Venusians, are very honored to assist our family members who have chosen to take a third dimensional, physical form in order to best assist Gaia with her transition into the higher frequencies of the fourth dimension and beyond.

We, Arcturians have chosen this NOW to assist you because many of you, the third dimensional humans,  are beginning to, or have expanded your consciousness, to encompass the fourth, and sometimes even the fifth dimensions of reality.

Yes, many  of you, the Awakening Ones, are not yet totally aware of this expansion of your consciousness because you often become too busy with and lost within, the many third dimensional challenges that you meet on a regular basis.

Therefore, we wish to remind you all, that a great deal of your contributions to Gaia occur while you are sleeping or during a deep meditation in which your consciousness raises int the higher frequencies of the fourth and fifth dimensions.

However, more and more of you are "finding the time" to meditate, talk to others about the higher frequencies of reality, and engage in creative activities that assist you to expand your thoughts and feeling beyond your everyday life.

Therefore, we wish to introduce you to some of the Higher Dimensional Beings that are increasingly entering your thoughts and emotions:

The Arcturians are often the first Galactics to come into your meditations and/or dreams. The Arcturians are also among the first Galactic that will begin the "landings to Earth." However, these landings will not occur until a higher percentage of humans have been able to accept the fact that there are higher dimensional beings that are much more evolved than third dimensional humans.

The Arcturians are among the most evolved beings. Hence, their frequency of "self," of "perceptions," and of "versions of reality" resonate to frequencies that range from the third dimension and far beyond into the fifth, sixth, seventh, eighth, and even into the tenth dimension of reality.

On the other hand, if the human has evolved enough to maintain a fifth dimension and beyond frequency of consciousness, they will be on the pathway to expanding their consciousness and "sense of SELF" into higher and higher frequencies.

We wish to define our use of the work "frequency" to mean the vibratory field that accompanies each frequency of reality.

The realities of the third though fifth dimensions can be perceived by some humans, especially if they are in a higher trance, sleeping, and or within a deep meditation in which they are able to ignore any stimuli that distracts them from merging with their own higher dimensional possible perceptions and/or realities.

It is important that one stays within the NOW of these higher states of consciousness long enough fo document their experience. This documentation is important as the third dimensional brain will not be about to stay connected with these higher messages.

In fact, as soon as their consciousness lowers back into the third and fourth dimensions, they will likely forget their higher dimensional message.  In fact, we suggest that you begin by documenting your dreams and our important inner message on a regular basis.

Then, your brain will become more able to "save" these message long enough for you to document your dreams and or meditations.  If the information is documented via voice or writing, then you will be more able to pass on that which you have received.

We Galactics are seeing that more and more members of humanity are beginning to remember that there is a higher dimensional component of their "being ness" that they are learning, and/or remembering within this important NOW of Gaia's Planetary transmutation.

Blessings to you all!

We Galactics are happy to assist humanity to remember

YOUR True Higher Dimensional SELF!