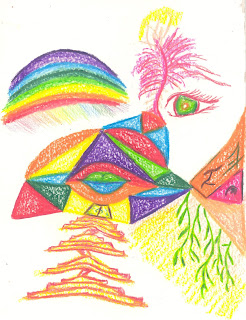 Greetings, we are your Galactic Family. We realize that many of you who have been reading our messages, are the members of our brave, fifth dimensional Galactic Family who are now wearing third dimensional, human bodies, on Gaia's Earth body.

Whether you realize it or not, there are higher, fourth and fifth dimensional energy fields that  are assisting Gaia to move into her Higher Dimensional Planetary expression. Therefore, many members of your fifth dimensional family have chosen to wear a Third Dimensional human form in order to assist Gaia with Her Planetary Ascension Process.

We realize that many of you have long ago forgotten about your Higher Dimensional Galactic SELF who resides within the higher planes of the fifth dimension and beyond. Fortunately, we, your Galactic Family, can hear you asking,

"What is our Galactic Self and why would that self wish to go to planet Earth?"

We, your fifth dimensional Family Members, reside on many frequencies of reality within the NOW of the ONE. It is because of this awareness that we, your Galactic Family, are aware of your fifth dimension and beyond self, that is also connected to, and communicates with, your third/fourth dimensional expression of your "physical, humanoid self."

These brave "Multidimensional Human/Galactics" are able to communicate with the higher dimensions of Gaia's planetary self. Most important, they are able to remember that they had that meeting. In fact, some of you, our brave warriors to awaken to your true fifth dimensional SELF, know that you must document you experiences as soon, and as possible.

The reason why it is best to document your "inter-dimensional communications" is because your third dimensional brain is usually not able to retain fifth dimensional messages for long. However, if the message is documented, you will be more able to remember what information was received while you were in a higher state of consciousness.

Fortunately, if you take some "time" to expand your consciousness into a higher frequency, you will be more able to remember to document what you have received during your higher dimensional communication because you will likely want to read that information several time to make sure that you fully understand your "inter-dimensional communication".

In the "coming NOW" there will be more and more Higher Dimensional Information (HDI) because more and more humans are beginning to awaken and they will want assistance to understand what that, "Inter dimensional Message", means and how, when, and where will they choose to communicate with others about the NEW REALITY that is beginning to Awaken, Remember, Acknowledge, and Expand.

It is the NOW for the beginning of Gaia's PLANETARY TRANSMUTATION.