We Are NOT Alone by The Galactics through Suzanne Lie and Danny L.

YOU ARE NOT ALONE 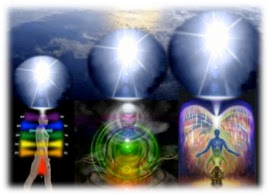 It is the NOW for all of humanity to
Take responsibility for the health of their planetary home.

We, the members of your Galactic Family, wish to tell YOU, our grounded family members who bravely chose to take an incarnation during this challenging NOW of Planetary Change. Just as humans often have a difficult time making  a difficult transition, Gaia is also having a difficult time with your Human Transmutation.

Yes, the humans are also transmuting. To better understand what we are saying, we wish to explain how transmutation is different from change. Change is when one, or in this case humanity, begins to change inside of themselves. This change can be as simple as changing the furniture in their homes to changes in their reality, such as the great change that the Corona Virus has created.

Also, the changes that are occurring within this now has an unknown origin or origins. Of course there are many thoughts about how this happened, which some people believe and other people do not believe. Therefore, people may feel like they are more separated from others in a fashion that has not occurred in their life before.

Also, some people are having to live in their home all alone for an unknown timeframe. And why are they having to do that? Why are they having to wear a mask or stand in line to go into a store? The known answer is for the safety of the people. Suddenly, going to the grocery store is a dangerous endeavor. Going to a park can be dangerous etc. etc.

One of the most difficult part of this NOW, is that, people do not know why this is happening, when it first started, or how and when it will end.  Yes, there are many reasons that are given to the people about how and when, but it is not, yet, possible to know when it will end.

This is where the great bravery of the people comes into the picture of what is otherwise confusion, and fear. And, there is also the bravery that humans must have to assist their family, work from home, give up any social life, and deal with a constant sense of fear.

However, dear planet Gaia, Earth as many call Her, is a living being just like the humans who live on Her Planetary SELF, who is known as Earth.  Earth, who more and more humans are now calling Her Gaia, is a living being. Yes, Gaia is much, much larger than Her inhabitants, but Gaia is NOT just a big rock in the sky.

Gaia is a LIVING BEING! All Her inhabitants know this fact, except for many humans. There are, unfortunately, still humans on Earth who think of Gaia as a big rock that has Earth, Air, Water, and Light from the Sun. These humans who have not yet awakened to their own Higher SELF, are not able to imaging that Gaia also has a Higher SELF.

Therefore, these humans think of Gaia as a "thing," a huge rock, and the place where they live. These people do have the ability-yet-realize that Gaia, and all the life on Gaia has a version of "being alive."
These humans think that they are more evolved that the huge planet, Gaia, on which they live.

Since the planet is not alive to them, they can over-farm an area, they can allow waste to go into the water ways, they can have wars, neglect the sources of huge fires, they can kill living animals for sport, and they believe that they are the most evolved beings.

However, theses unevolved humans do not know that if they destroy their planet, they will NOT have a place to live! Fortunately, there are many humans, in fact there are more and more humans that are awakening to the reality that the planet on which they live is more evolved than the humans that live on the planet.

Fortunately, more and more humans are beginning to realize that they are not the most evolved beings, but they are being that are evolved enough to know that they volunteered to take a human earth vessel within this NOW in order to address, clear and heal the great damage that the lost, selfish and self absorbed humans have created.

In fact, we, the members of your Galactic Family, are very proud of many of our Galactic Families who have chosen, at great sacrifice to themselves, have chosen to take a humans Earth Vessel during this NOW.  From their Home-worlds in the higher dimensions, they volunteered to take a human vessel during this NOW to assist Gaia by educating humanity about the real reason why they came to Earth.

More and more Galactic Beings, at great risk to themselves, have chosen to take a third dimensional earth vessel so that they can assist their other brave galactic family members, to remember who they really are.  Yes, we are aware that there are humanoids, such as we, your Galactic Family, who have chosen to take an earth vessel during a NOW that is not only difficult for Gaia to flourish, but is also difficult for humanity to flourish.

Humanity is within, and will go deeper into, their own innate ability to remember their own Higher Dimensional frequency of SELF. Unfortunately, the  process of shifting their consciousness from their third dimensional (take care of me and my people) SELF to their (take care of my planet SELF!)

Try to imagine who it would be if the humans, and especially the leaders, on Earth had the wisdom and the courage to stand up against the leaders who are far more involved in making money for their own selfish self than they are involved in saving their planet from the massive destruction that She, Dear Gaia, has had to face at the hands of selfish money/mongers?power over others leaders.

On the other hand, there are many, many evolved, loving, dedicated humans who are assisting Gaia, as well as other humans, animals, plants, water way, and clearing of the skies! These humans often quietly, yet steadily, work without being noticed. These humans are often in constant communication with their own Higher Dimensional SELF.

Some humans know that they are assisting Gaia, some assist Gaia from their higher dimensional SELF and may not realize from the perspective of their third dimensional self that they are assisting Gaia. Some of these "humans" are also Pleiadians, some are Arcturians, Antarians, Venusians, and some have humans can remember. They may or may not remember in their daily life, but they often remember in their dreams and in their meditations.

We, your Galactic Family invite you all to visit us in your Night Dreams and Meditations. WE are with you NOW, and we send you, dear brave ones, our assistance and our Unconditional Love!

Blessings to you all, from US, your Galactic Family!
Call to us during your meditations and as you are "falling into sleep."

We look forward to your visit!