A New Version of Reality by the Arcturians through Suzanne lie


A New Version of Reality 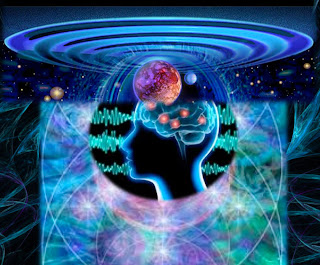 Dear Ones,
Because you are members of humanity who are now on Earth, you are entering a new version of reality. You may feel as if you are "In-Between." You are no longer where you have been for most of your life, in fact for most all of your LIVES, and you are no longer sure where you are going.

There is something that is occurring that it is difficult for you to put into a category, or under a certain cause. Therefore, you may not know, yet, the effect that this "version of reality" will have on your lives, your country, your thoughts and your emotions.

The only thing that you may know is that you need to be strong. You are facing a pandemic that you know little about, and most of you have to chosen to stay in your homes and to be extremely careful about your interaction with other people. Therefore, you, the members of humanity, may not have the opportunity to really enjoy being with this NOW of great change.

However, as humans you have all had situations in your life in which you had to do something that was not really your personal desire. This "corona virus" is indeed a new concept for our grounded ones.  Therefore, we wish to remind you all that you are likely from a higher dimensional reality and you have chosen to take an incarnation during this NOW so that you could dear Earth to move through the many challenges of planetary change.

Of course, change is not something that is common for humans to have to address. In fact, most of the humans on Earth within this now are coping with the changes that are coming into their lives. Therefore, many humans have not considered that, just as humans change, so do planets.  Of course, planetary change usually takes a very long "time" to  begin and for the changes to be incorporated into their daily life.

Furthermore, most humans are unaware of the fact that the planet is an actual being in a similar manner as humanity is a part of Gaia's planet. If humans think of themselves, not just as individuals, but also as members of the Planet Earth, there would me many changes in the manner in which humans treat their planet.

However, there are beings, usually looking quite human, who have been visiting Gaia's planet long before humans were evolved enough to think about these changes. On the other hand, ancient humans, as well as humans in your NOW who are attached to Gaia as their Mother Earth, whom they need to care for and protect.

Unfortunately, there are still far too many humans who do not care about Gaia as a being and think of Her as earth, air, ground, sky, water and more. Some humans have a very loving and intimate relationship with the planet that is providing them with a home. On the other hand, there are other people who feel need obligation to take good care of the planet that provides them with a home.

Worse yet, there are now humans in higher positions who do not care about the planet, and all that is on the planet, including even the humans. We, your Galactic Family, are very sorry that you are moving through a "dark night" in which many things seem to be falling apart, and some of the leadership is very poor, in fact very damaging.

There is were we send you back to the concept of "the darkest night is just before dawn," Many people within your now are having problems with their daily life and may not feel that they are getting enough from those who were meant to be leaders.

On the other hand, when humanity cannot find the support they need from their leaders, it might be the very thing that will remind them that ALL humans are meant to be the guardians of your planet Earth. Unfortunately, too many humans forgot that they have taken a form on Gaia's Earth so that they could remember that they chose to take an incarnation within this NOW because they know that they would be greatly needed.

The good thing is that people are also beginning to realize that humanity has not thought of their planet Earth being a living being that needs to be cared for in the same manner that humans are called to care for each other.

What if humanity could actually accept, and even work toward, a new version of reality in which the human members of Earth felt a strong dedication to take care of their planet and to love their planet in the same manner that they love their family and friends. What if the humans realized that without a healthy planet, it would be difficult to have healthy humans on the planet.

Also, it is the now in which humans need to realize that they have an obligation to put their planet first, rather than having "making more money to buy more stuff" as a receipt for happiness. How happy will anyone be it the planet that is our home world is harmed by the very beings that have chosen to live there.

Gaia is a beautiful reality, but it has been greatly damaged by the selfish, make ME rich, people who care only for themselves and do not even consider that Planet Earth is an alive Being. Of course, there are many humans who love Gaia and strive to protect Gaia from those who would harm Her by their selfish actions.

Many extraterrestrial beings have come to Gaia to assist Her during Her time of Planetary Need. Many of these extraterrestrials come into the consciousness of the more higher dimensional humans who are able to believe in themselves enough that they can remember ,and believe, that every human has the opportunity, and hopefully the desire, to look into the future to see what will happen to their beautiful planet if they do not make some major changes in this NOW.

Humanity was meant to be Gaia's protector, but too many humans care more for money and power than they care for the planet on which they live. Fortunately, there are also evolved humans who are able to know that they have something to give to their planet, and they are happy to give that. Of course, money means nothing to Gaia.

Unfortunately, there have been too many human "leaders" who cannot consider Gaia as a being. Perhaps they have made the decision to think of Gaia in that manner because they not looked up into the sky, across the beautiful water ways, the mountains, the valleys, the water and the sky as a beautiful gift that has cost them nothing except for the knowing that humans were meant to be Gaia' s protector.

Gaia has given humanity a beautiful place to live. What have the humans done for Gaia?