Remembering YOUR HIGHER SELF

REMEMBERING YOUR HIGHER SELF 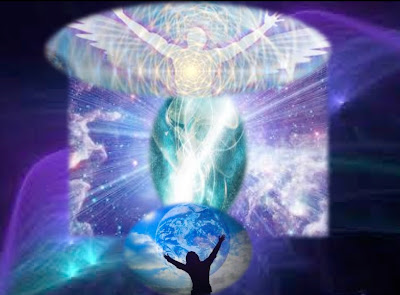 THE ARCTURIANS THROUGH SUZANNE LIE


How do YOU awaken to your Inner, Higher SELF who is coming more and more into your daily life on Gaia's Earth. Why are we the ARCTURIANS, as well as many others of your Galactic Family, telling our earth GROUNDED family living on Gaia that we are WITHIN THE NOW!

We are speaking to you all, our beloved protectors of Gaia, to thank you for awakening more and more of our grounded humans who are experiencing a great difference within their planetary life.

For many eons, we, your Galactic Family, wondered if our humans living on Gaia would be able to accept the great honor, and fulfill their difficult mission of awakening humanity to their own Higher Dimensional Selves -- while wearing a third dimensional human form.

It may seem unusual to think of Galactic Beings "wearing a third dimensional form." However, more and more of our brave Galactics Family have chosen to take an earth vessel during this NOW to assist the human ones who are preparing to awaken to the higher dimensional frequency of Gaia.

The reason why you "brave warriors for change" have chosen to leave your fifth dimensional Starships and fifth dimensional Home Worlds to assist the dear planetary being called Gaia. Gaia is  calling out to Her Planetary Family of animals, humans, and all the great creatures that are the "Protectors of Gaia!"

We, the Members of your Galactic Family, are happy to say that we are seeing more and more of our volunteers to travel away from their fifth dimensional Galactic reality to take a third dimensional Earth body to assist Gaia during Her time of great need.

Yes, Gaia is having problems in the same way as humans are. Something has gone very wrong on Her Planet Earth and she has put out call for assistance from Her Galactic Family Members from all over the Galaxy.

We, the Arcturians, as well as the Pleiadians, Antarians, Vensians are happy to saw that the collective Spirit of Love and Light coming from all over the Universe will greatly ASSIST the extremely brave planetary being known as Gaia and/or MOTHER Earth.

We have mentioned the Galactic Beings from many different areas, but we have not mentioned the humans who are living on the actual body of Gaia, their Planetary Mother. We wish to say that more and more members of humanity are beginning to awaken to the real reason why they have chosen to take an earth vessel during this NOW.

NO! The reason was not to find wealth and fame for humanity, but to assist humanity to remember that THEY, the humans, have chosen to take an earth vessel during this NOW of great change on Gaia's body, In fact, Gaia's planet ant people are aware that they have vowed to keep their LOVE focused on the humans who have become very frightened and alone.

The clear the sky of Earth which seem to send a deathly "unknown something" rushing through their world, and the wondrous gift of Faith in your Planet and Love for the Light that is expanding  so that ALL humanity, and creatures on Earth can see that Gaia is ready to transmute into Her higher, fifth dimensional frequency of  SELF.

But, can humans face the great challenge that lies ahead of them?
Can humanity learn/remember to LOVE all life, and  to have a strong sense of assisting planet Gaia in their heart and in their mind?

Humanity has the choice of living within the knowing of how they can assist, as opposed to living in the fear of the harm and danger that  humanity has allowed to grow. Therefore, can humans now stand strong and tall in the face of great challenges. As more and more members of humanity answer that question by asking Gaia's call which says:

"Dear Humans.
We, the members of your Galactic Family have watched over you for many incarnations. Now we are focusing on watching over our dear friend and family member, Gaia--The Planetary Being known as Earth!"

What is your answer humans?
Will you answer Gaia's call?
Will you remember to be the Guardians of your beloved planet know as Gaia?

Will You remember that YOU, the humans, are being called on
To protect and deeply love your Mother Earth?
We, the Members of your Galactic Family, know that you will say