Return to SELF within this NOW

Return to SELF within this NOW 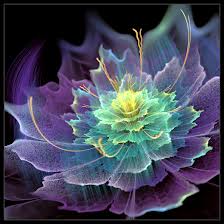 Many of you have learned from your many incarnations that it was not wise to share what you were receiving inter-dimensionally. You also learned in your incarnations before your present NOW that it could be dangerous to talk about what you knew was a message from the higher worlds.

Most of you did not know what a “dimension” was, so that term was not used. Instead, you used terms that people could accept, such as “activating your innate creativity.” However, some people still could not believe that there was a dimension of reality that was beyond their physical world.

If there was a higher world, it was known as Heaven, in which only Angles and “very good” people could go when they “died.” Of course, many civilizations believed that they could only have one life and one death. Then, they went to Heaven if they were good and to Hell if they were bad.

Once, only the great philosophers and Saints thought about these issues. The “common humans” had to focus much of their attention on survival, or obeying what they had heard or read from different persons what they “should” believe in.

Humans that were “different” from the “then popular” belief system were pushed aside, ignored or, worse, tormented and killed. In the earlier days of humanity, lifespans were often short, and many people lived on the edge of survival.

We, your Galactic Family, are shocked that that type of discrimination still exists in some places on dear Gaia. In fact, there can be no planetary ascension while some humans judge or harm other humans.

Also, as long as humans used cruelty to “dominate” planet Earth, they were NOT allowing Gaia to offer them a place to learn about being a planetary protector of Earth, who will eventually return to their true, fifth dimensional SELF. On the other hand, there are also many humans who live a life of “service to others” and dedicate their lives to assisting other humans, animals and/or the Gaia’s entire planet.

Because the Pleiadians are the most “human looking” of our Galactic Family, they are often the ones who have volunteered to take a human body Earth. In this manner we, your Galactic Family, could “walk among humanity” to better determine how we could assist humanity to awaken, and then, assist other humans to awaken enough to remember their true Multidimensional SELF.

What we, the Galactics, have found again and again is that humanity has a LONG way to go before they are ready to transmute back into their innate Higher Dimensional SELF. In fact, we Galactics are concerned that so many of our brave volunteers to take a human body on Earth have had to suffer some of the great dangers of third dimensional Earth.

We, your Galactic Family, wish to commend and thank the many awakened and awakening ones, who are ready to work with us to assist planet Earth through Her process of ascension.

Somehow, these awakened, and awakening ones, knew that the frequency of reality that they saw in their minds, and felt within their hearts and expanding consciousness, joined them during their dreams, and/or shared with their higher dimensional experiences via “channeling”  writings, pictures, songs and their own personal stories.

It was through this sharing that these awakened, and awakening ones, could more easily and clearly remember their own inter-dimensional experiences. Different people remembered different things, but most of them didremember what they vowed they would remember before they took their present third dimensional earth vessel.

It is when the human self can remember their inter-dimensional communications with their Higher SELF, that they can serve as “Messengers from the Higher Worlds.” The “Messenger SELF” is the “YOU” who is communicating with your own higher dimensional expressions of SELF.

It is through one’s higher states of consciousness that they can receive, and ground into their human consciousness, as well as Gaia’s planetary consciousness, the fact that people and planet are “The Ascending Ones” with whom they have been having more and more inter-dimensional communications.

These “Ascending Ones,” likely includes you. The Ascending Ones may appear to be angry, or upset about something, and may, or may not, know what they are angry about. This behavior is very common when a planet is preparing to change the Operating System of that planet to the next frequency of reality.

YES, planets are beings. In fact, planets are much like greater and more expanded versions of human beings. Fortunately, more and more grounded ones are choosing to consciously activate more neural synapses in their brain in order to incorporate the ever expanding inter-dimensional information that is flowing more and more into their daily awareness.

Fortunately, as their consciousness expands beyond the third dimensional consciousness of “survival,” or “power over others” their brain can more easily expand its ability to “activate” more complicated synaptic junctions within their neural network.

It is then that humans begin to remember more and more about their past incarnations, their present downloads from their Higher SELF, and the possible future realities that seem “so close and yet so far.”

Gradually, the awakened ones will remember more and more that “Reality is a Perception.” Therefore, everyone is experiencing a different, yet often the same, perception from the higher realms, as well as within their physical life.

How can something appear to be different, yet also the same?” The answer is that reality is a perspective of the one who is perceiving each moment of each experience. You all practiced this “different but the same” behavior on the Ship before you took your present earth vessel.

We want to tell you all, dear volunteers to Gaia, that what seemed easy in the unconditional loving, and completely safe environment of our Ships, often seems VERY difficult and challenging in your third dimensional, physical reality.

It is for this reason that we have chosen to communicate with as many of you, our grounded ones, as possible. Then, each of you can share your experiences of leaving the fifth dimension to assist with the ascension of the third dimensional, very polluted and totally abused planet, known to humans as Earth.

In fact, it is Earth/Gaia, Her self who is calling for our higher dimensional assistance on a regular basis. Gaia is very concerned that the “dark humans” will damage Her planetary body so much that she will not be able to ascend.

We, the Galactics, have assured Gaia that many of the changes, which often appear as disasters, are allowing the darkness to come to the surface so that it can be healed by the light.Unfortunately, some of the major leaders of Gaia are doing much more harm than has ever been done by any human leaders before.

The reason for this is because the Dark Ones are losing. Therefore, they are pulling out all their worst tricks and tactics to keep the humans frightened, under educated, able to purchase rifles that can kill many people within just a few minutes, and leaders who care only for them selves and not for those whom they are supposedly leading.

Dear brave humans, please remember that “The Darkest Night is just before dawn.” We, your Galactic Family, wish that we could tell you exactly how long it will take for this Darkest Night to end.

However, time is an illusion of the third dimension. Therefore, we cannot tell you when these changes will begin, but we can say that YOU are VERY important in telling the truth to others who are trapped in the illusions that have been purposely prepared to stop humanity from fulfilling their Mission, which is to:

Assist Gaia with Her Planetary Ascension!

One of the great parts of the third dimension is individuality. When there is individuality, many people can respond to the same thing in a different way. However, if an “individual” is NOT connected to their higher sources of information, they may become so frustrated and depressed from the “fight to save Earth,” that they just give up!

Be patient, dear volunteers to assist with Gaia’s ascension. We know that many of you are VERY tired as you have walked this path for many years. We thank you so for your endurance and invite you to visit us, as well as you own fifth dimensional expression of SELF, during your dreams and meditations.

We lovingly request that you share your higher dimensional experiences with others who you think may be able to accept this frequency of information. We advise that you look above that persons Crown Chakra to see, hear, or feel if they have opened the Portal to the Fifth Dimension via their Crown Chakra.

Some of these people may be totally aware of this opening, but many others are not aware—yet—why they are having so many strange, or different, dreams, meditations and experiences.

Instead, we are Here within your NOW to assist you, as well as to answer any questions that you have for us. We close this message by again reminding you that “the darkest night is just before dawn!”

Therefore, fear NOT the dark night and continue to bravely step into the “New Dawn of the fifth dimensional Gaia!” In closing, we remind you that YOU are assisting Planet Earth with Her Planetary Ascension, while Gaia is assisting you with your Personal Ascension.

Together Person and Planet, and ALL of Gaia’s many life forms,
can embrace this NOW of great transmutation into the next octave of reality.

We the Arcturians are
speaking for your entire Galactic Family.

We have messages for each and every ONE of you.
Please listen and you will hear!

Blessings from the Arcturians and your Galactic Family.
We await your victorious return to your true Galactic SELF!
Posted by Suzanne Lie at 12:41 PM