Being a Perceptual Pioneer 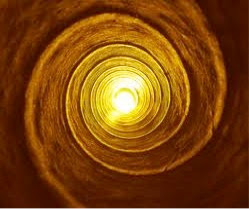 What if the ground was blue and the sky was green?
Is the world upside down or are your personal perceptions incorrect?

What if only a few of you believed that what has been known as unreal turned out to be real, and all that you thought of as reality was different than anything you had ever perceived before?

How would you respond to a perception of reality that you were afraid to share with others? Would you go ahead and share it with others, or would you keep that perception to yourself?

Then, would you totally doubt yourself, or would you have the courage to be the pioneer who was one of the first ones to expand their beliefs to encompass that which YOU can perceive, but most of the others could not?

Would you have the courage to believe what you perceive even if no one else could perceive it?  If so, then you would be a “Perceptual Pioneer.” Just as many pioneers have gone into the unknown in search of the very unknown that others fear, would you be able to share with others that which they cannot perceive and therefore cannot believe?

Can you truly believe in higher dimensional realities even if no one else does?
Can YOU be a “Perceptual Pioneer?”
Can you allow areas of your brain to send your consciousness a unique message that you could never believe before?

Or, within the NOW of that of that perception, would you choose to believe what you have never perceived before?  If so, that makes you a “Perceptual Pioneer.”

However if you are a “Perceptual Pioneer,” you are often faced with the challenge of “Do you share this perception with others?”

“What if you had a dream or a meditation in which you were on a different planet, in a different frequency where all concepts of time and space were different, but this place, perception, imagination felt so very real to you?

A Perceptual Pioneer is usually a volunteer from the higher frequencies of reality that is totally un-perceivable via your third dimensional perceptions. Could you allow yourself to remember how that frequency somehow felt familiar?

However, what if you could expand your consciousness into the fifth dimension. Would you then be able to know about, see, hear and communicate with that fifth dimensional reality/planet?

OR, would that really appear to be of a very different planetary timeless time, as well as a space that is beyond your physical vision, hearing, and understanding?

Could you believe in a reality that resonates to a very different time, place, location, and/or dimension then you have ever perceived via your third dimensional, waking perceptions? However, could you perceive this reality as a fourth dimensional dream or idea?

Could you believe in a fifth dimensional, or higher dimensional, reality and/or state of consciousness which you have only been able to perceive in a dream and/or a powerful meditation?

How does your state of consciousness influence your perceptions?

How does your state of consciousness allow you to have a novel, first time, and/or seemingly “impossible” perception?

How does your state of consciousness allow you to share your “novel" perceptions?

In other words, how does your state of consciousness allow you to have a novel, first time and/or impossible perception?

How does your state of consciousness influence your perceptions?

How do YOU become a “perceptual pioneer?

We, the Arcturians, will now reprint the above questions and give you our answers. However, please be aware that “our answers” are NOT “your answers.”

Therefore, as we go over the questions again, please go inside your self to find your own, inner answers. We ask this because we want you to develop your own ability to trust your own perceptions, even if others do not believe you, and may even ridicule you.

However, if you are ridiculed for your novel, actually higher, dimensional perceptions, we, the members of the fourth/fifth and beyond dimensions, wish to commend you for your courage.

Yes, dear grounded ones, it does take courage to first admit to your self that you can, and sometimes do, have higher dimensional perceptions, even if these perceptions seem to be dreams, illusions or “just" your imagination.

Please know that whenever the members of a reality are on the cusp of expanding its innate powers to encompass the perceptions of the higher dimensional realities, the darkness must be recognized so that it can be cleared.

Therefore, we will now discuss “the perception of darkness.” As a “Perceptual Pioneer,” meaning those who are willing to enter their own Inner SELF, their own Instincts, and their own personal experience, perceiving that which many others do not perceive as“normal.”

Their ability to perceive, and believe, that which resonates to the higher fourth and fifth dimension, is NOT normal for those who are limited to their third dimensional perceptions.

There are still many humans who have not YET awakened to their higher dimensional perceptions, or even to the concept of the “higher dimensions.” However, these humans have their own mission, which is to care for and protect Gaia’s third dimensional, planetary expression.

Within this reality, there is very little perception of the higher realities, but there is a growing duty to take care of Gaia’s planetary self. Fortunately, more and more humans are realizing that if they harm Gaia, they are harming the very reality that is allowing them to enjoy their third dimensional experience of “being a human” on Gaia’s Earth.

Gaia has had to withstand many, many wars, too much pollution, and fearful thoughts, as well as other negative experiences. What humanity needs to understand is that, just as they must take good care of their physical forms, their families, their jobs and other duties, they must also take GOOD CARE OF GAIA.

Or, that planet could be so very harmed that one would not want to live on that planet. Hence, we the Arcturians and your entire Galactic Family, are here to tell you that we will NOT allow you to destroy your planet Gaia.

We, the higher dimensional expressions of your Galactic Family, are beginning a “teaching school” for “how to assist Gaia.” Many of you who will read this post, are members of this school. And, unfortunately, the ones who most need our message to assist Gaia will NOT read this article about being a “Perceptual Pioneer.”

They are primarily involved in perceiving the amount of money that they have, or the amount of power that they have OVER  others. These beings will NOT ascend with Gaia into the fifth dimension. Instead, they will be sent to “learning planets” where they can learn how to care for others, as well as care for their planet. It is only after a long training cycle that they will be able to assist Gaia with Her ascension.

Unfortunately, there are others who will NOT want to assist Gaia in any manner. These ones will be sent to “cause and effect” schools in which they will receive only that which they have put out. In this manner, they will hopefully remember that ENERGY OUT IS ENERGY BACK.

It is that way on Earth, but the different incarnations are too often forgotten, so they merely repeat the damage that they had done before. Gaia tires of this damage occurring again and again on Her Planetary Being. Therefore, she has asked that those who have harmed her reality be sent to another planet when your earth vessel no longer can carry that Soul.

NO, you the members of Earth, will not realize this shift in “cause and effect” format for Gaia’s Earth. However, Gaia will know that those who have harmed Her Planetary SELF will receive what they have put out. In fact, this situation has been in place in the fourth dimension “Lower Astral Plane.”

The difference now is that, those who greatly harm Gaia during their incarnation, will not be able to have another embodiment on Earth, until they have graduating from all the Mystery Schools in the fourth dimension.

Then, once they have learned that the energy that they put out will quickly return to them, these Lost Ones can choose if they wish to change their ways to put out—and therefore live in—love and service to others.

There are always those who cannot be “Perceptual Pioneers,” and perceive what Gaia and/or Her many beings have received from humanity, that will go back to humanity. We, your Galactic Family, hope that this plan will assist the “lost ones” to change their ways and ascend into the higher dimensions with Gaia.

When Gaia has returned to (ascended to) Her innate fifth-dimensional Planetary SELF, those who can resonate to that frequency of reality will join Her. These ones have mastered their perceptions to only resonate to the fifth dimension and beyond.

We, your Galactic Family, happily await the wonderful NOW in which those who took an earth vessel to assist Gaia, return victorious, and also assist Gaia to become accustomed to Her return to Her innate fifth dimensional frequency of resonance.

We will see you then,


Blessings from the Arcturians and all your Galactic Family

Please enjoy these free meditations that I, Sue, had forgotten about
there are at:

Now that I discovered them, I will be adding more of them
Blessings to you ALL
sue