The Planet Would Have Died Without the Galactics

Dear Readers,
As you know I have been in connection with the Pleiadians for many years and love their messages and their energy field. Therefore, I am sharing with you all some information that I found on Steve Beckow's site. I never post things from other people, but I think this is VERY important.


IMPORTANT INFORMATION TO SHARE WITH OTHERS.
IN FACT, YOU MAY WISH TO SHARE IT WITH OTHERS AS WELL.

Note from Sue, I have never posted anyone else information, but this information to so important that it needs to be shared. In fact, maybe you readers would like to share it as well.


This Planet Would Have Died Without the Galactics 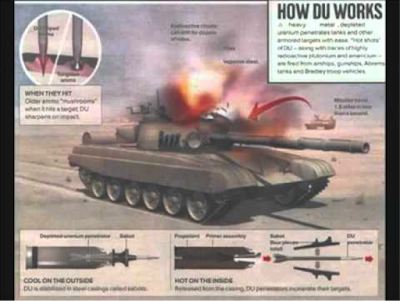 I was having a discussion with a reader and the subject arose of the contributions of the galactics.

I said that they had saved the planet numerous times and needed only to point to: cleaning up depleted uranium in the atmosphere as one occasion and prevention of nuclear war would be a second

Depleted uranium is omnicidal, a planet-killer, according to Dr. Rosalie Bertell. (1)

To show what a planet-killing effect the depleted uranium we so far have released into the atmosphere was, let me recite what I consider to be the facts about it from an earlier article:

•  Depleted-uranium (DU) weapons, when fired, create a DU aerosol of  ceramic nanoparticles.
•  Ingestion of DU or contact with it debilitates or kills.
•  Simple exposure to unfired DU weapons can contaminate.
•  There is no safe exposure limit to DU.
•  Protective gear does not protect.
•   DU infects spouses/mothers through semen transfer and family members through contact with contaminated objects.
•   DU leads to horrible birth defects in babies.
•  Women and children are the most susceptible
•   DU has a half life of 4.5 billion years.
•   DU travels globally on the winds.
•   DU cannot be cleaned up.
•  There is no known treatment for DU contamination. (2)

The point I want to make is that, according to our source, which is Archangel Michael, the galactics removed the depleted uranium from our atmosphere.
I discussed the matter with him in a private reading through Linda Dillon in 2013.
He said:

Archangel Michael:Any release of substance has been neutralized for [quite] a while. So, yes, this is part of the unseen work that is being done by your star brothers and sisters and by Gaia herself. …
SB:I guess depleted uranium falls into that category too.
AAM: Oh, it most certainly does.

SB: If the galactics had not neutralized depleted uranium, would this planet have died?
AAM:Yes. Now let me explain. It is not just that she would have died. It would have been that her will to continue on would not have been there.

Matthew Ward affirmed in 2012 that our star family has the technology to dematerialize depleted uranium:

“What your family from other civilizations will do [when they land] is tackle environmental issues that are beyond your capabilities—their technologies can dematerialize nuclear waste and depleted uranium, purify polluted rivers and seas, and restore deserts to arable condition.”

Doing any of that would be beyond the capabilities of anyone on Earth. But just removing depleted uranium alone has saved us as a planet. I don’t think that’s a well-known fact. And I think it deserves to be.

(2) “Depleted Uranium: Why We Must Not Go to War with Iran,” September 3, 2007, at http://goldenageofgaia.com/issue-mediation-process-r3/accountability/depleted-uranium-weapons/du-why-we-must-not-go-to-war-with-iran/