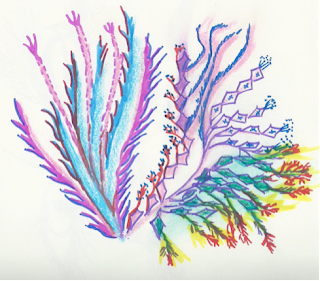 Dear ONES,
By this we mean each and every ONE of you who is aware that your third dimensional life is filled with brief pictures about both possible realitiesthat are, or have been within your imagination, as well as your past realities, your future realities, and/or your present experience of reality.

Gradually, as you resonate more and more to your fifth dimensional expression of SELF, you will be within the “flow of the no time of the NOW.” This flow of the NOWis something that will slowly and/or suddenly change.

The flow of “the no time of the NOW” is actually a fifth dimension perspective of the third/fourth dimensional reality in which your earth vessel is now living. The challenge is that, shortly after having an experience of this shift into a higher perspective, there is the challenge of resonating to yet another, higher dimensional frequency of reality in your daily life.

Frequencies of reality that resonate within the higher fourth dimensional and/or the fifth dimension do NOT resonate to “time” in the manner that time is known on your third dimensional reality. In fact, as many of you have seen, your concept of time greatly changes according to what you are doing.

If you are waiting in a long line to get something that you need, time runs VERY slow. On the other hand, when you are having a great experience, time seems to fly by very quickly. The reason for these different experiences of time are dependent on the frequency of your consciousness.

YOU ARE IN THE PROCESS OF ASCENSION NOW!

Actually, within this NOW, your Galactic Family, who took an earth vessel to assist Gaia during Her time of great need, are ready to assist you to STEP ONTO THE PATH of fifth dimensional no-time, and thus the Path of Here and Now.

Actually, the majority of humanity are not yet able to think in that manner because so much of their attention must be focused on survival and/or power over others—so that you can survive. It is for this reason, that we, your Galactic Family, are preparing for “First Contact” with the humans on Earth.

In fact, even when we lower our resonance to the higher third or fourth dimensional frequency bands while camouflaged as clouds, many humans will NOT allow themselves to even look up and “imagine” that they are seeing that our Starship is nearby.

The humans who are aligned with the fourth dimensional frequency bands of reality are often known as artists, musicians, writers, teachers and inventers. In fact, some of this group are even able to sometimesperceive the fifth dimension.

It is thosethat live and work within the higher fourth and fifth dimensions, that will be able to perceive our landings.  Therefore they will also be the first ones to whom we can reveal our “landings.”

However, most of the humans will not be able to “believe that they can actually perceive us.” And, since they cannot believe it, their brains will NOT be able to perceive it. Fortunately, if they keep an open mind and a loving heart, they will “feel” within their heart, their mind and their active imagination.

Sometimes, even those who activelyperceive us, cannot maintain the concept of our landings within their third/fourth dimensional brain. Therefore, they often “forget.” However, once they have seen us, and KNOW deep inside that our Ships are REAL, their mind will open, their heart will feel us, and their perceptual field will increasinglyexpand to encompass the fact that they didperceive a Starship!

However, they often need to “keep that experience to themselves.” The reason for this is that, unlike the birds, fish, animals and insects that perceive Gaia as a living being, only a few humans with higher states of consciousness can allow themselves to perceive Gaia as “their Mother Earth!”

As soon as one thinks of Gaia as Mother Earth, She becomes a living being, the Mother who has enabled us to live, play and learn on a third dimensional platform of reality.  Fortunately, more and more adults, and many, many more children, are beginning to awaken to the truth that Gaia is a living being.

In fact, those that believe that Gaia is a living being are often able to use their “imagination—which is fifth dimensional thought” to perceive Gaia as one being that begins within Her Crystal Core and extends through ALL Her five layers of atmosphere.

The Troposphere: Where Weather Happens
Of all the atmosphere's layer's, the troposphere is the one withwhich we are most familiar, as it hugs the Earth where humans live.

Here the air doesn’t flow up and down, but flows parallel to the earth in very fast moving air streams. The temperature within the Stratosphere increases as you go up, because of the abundance of natural ozone (O3).

The Ionosphere
The ionosphere isn't its own separate layer, but is actually the name given to the atmosphere from about 37 miles (60 km) to 620 miles (1,000 km) high. It includes the top-most parts of the mesosphere and all of the thermosphere and exosphere.

Humanity’s concept of time and space isoften VERY third dimensional. However, whenever a human has an experience of “losingtime,” their perspective of reality can more easily change.

Within the fifth dimensional NOW, you are all ONE. Therefore, who are “you” within that NOW?  You are ALL “WE” because the terms “all and we” are free of the polarities of third dimensional individual thinking and perception.

In the fifth dimension WE are always focused on the NOW. We are no longer bound by “Who is better? Who is best?” There are no markers that create a “winner” or a “loser.” There are, primarily, experiences which you have the inner call to document and discuss so as to better understand a world without time, a world without competition, and a worldwithout “good” and a world without “evil.”

The frequency of reality on fifth dimensional Earth is NOT based on how GOOD you DID, are DOING, or will DO! In the fifth dimension, reality is based on HOW we allow ourselves to FLOW within the NOW of the ONE.

YOU are in the Process of Personal and Planetary Ascension NOW!

But, what does ascension mean?
Does Ascension have a Who, What, Why, Where and When?

If Ascension is a process of recalibrating your self to resonate beyond the third and fourth dimensions of reality and into the fifth dimension of reality:

Yes, these statements are redundant, but you will need to go over them again and   again to allow your third/fourth dimensional self to accept a “possible reality” that            you know very little about.

However, once you/we, who becomes US, have gained a degree of mastery over     our third dimensional reality, we also feel the urge to continue our JOURNEY      BACK TO THE SELF YOU/ HAVE ALWAYS BEEN!

Please note that YOU and WE become interchangeable
while thinking in a fifth dimensional FLOW of the ONE.