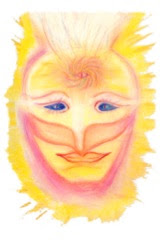 Yes, we awakened Suzille at 6 AM today, but we have allowed her to fully awaken before we send her our Morning Message for you. We begin our message by reminding you that ALL of you are able, and many ready, to also receive Morning Messages, or at whatever time is best for you.

Since we, your inter-dimensional Galactic Family, live within the fifth dimension, and beyond, NOW of the ONE, time is no longer a concept in our constructed realities. We say “constructed realities,” because in the higher dimensions of reality, we are ALL aware that we are the creators of our reality with our EVERY thought and emotion.

Because we live in a safe, fifth dimensional and beyond reality, in which we no longer experience war or confrontation, it is natural for us to focus ALL our thoughts and emotions on Unconditional Love.

However, we are aware that our brave volunteers who agreed to take an earth vessel do NOT have that same calm, and loving experience of reality. We say “experience of reality,” because reality is primarily an experience, which everyone creates with their own thoughts and emotions.

One of the biggest differences between a third/fourth dimensional reality and a fifth dimensional reality, is “time.” When one is limited by the illusion of time, there is a constant sense of “I have to…” I have to pick up the children by 3:15, or I have to be at work by 8:00am. I need to get to bed by 10:00pm, and on and on.

One of the most difficult components of your third dimensional “time” is that you “must do _____ by ____ time. Therefore, because of the constant pull of “time,” it becomes very difficult to live within the NOW.

It is for this reason that we began awakening Suzille early in the morning when we first started talking to her, because then she would have “time” before she had to start her day.

In fact, we wish to remind ALL of you again, to create a “cast in steel” time that you put aside, at least 5 days a week, in which you can:

·      Go to the same place every time (so that you can build an energy field in that location)
·      In fact, first thing is in morning is good, so that you can remain in connection with your “night body experiences.”
·      Bring a soothing drink, such as coffee or tea, and read something spiritual while you drink your warm drink and allow your body to awaken, but not totally awaken.
·      You may wish to read something inspirational to “set your consciousness,”
·      Or you may wish to write down any dreams that you had during the night.

Then, when you are ready.

In other words, it is best that you remain in contact with your fourth dimensional, and beyond, dream state of consciousness so that you can document any important messages you may have received during your “nightly visit home to the higher dimensions.”

Of course, there are some nights in which you “stay in your body” as you call in the higher frequencies as you go to sleep. Sometimes, third dimensional life is very hard on your 3D earth vessel, as well as your 4D aura.

It is in those times that, instead of expanding your consciousness into the higher frequencies, you ask your higher dimensional self and/or Spirit Guides to send some unconditional love and higher energy into your earth vessel.

Your “earth vessel” is a living being on its own, and YOU, a component of your Higher Dimensional SELF, have chosen the “earth vessel” to allow you to interface with the lower worlds of the third dimension.

However, we want you to know that the dark ones are seeing the “left-over illusion” of Gaia’s separation and power over reality, whereas our Awakening Ones are increasingly perceiving and living the newly evolving fifth dimensional reality.

This evolving fifth dimensional reality has been within the Core of beloved Gaia since She had Her first disaster of the destruction of Lemuria. Then, when Gaia experienced the destructions of Lemuria and Atlantis, she hid her true, higher potential deeper and deeper inside Her Core Crystals.

Since it was many millennia before humanity could even begin to be trusted with the “truth,” it was largely forgotten. We, your Galactic Family, knew that it not be the NOW for awakening of sleeping humanity until there were enough awakened humans who could “hold this LIGHT.”

Unfortunately, we have to admit that there is still a huge segment of humanity that still lives within the “yoke of Power Over”, that constantly keeps them in a state of forgetfulness of their own Multidimensional SELF.

Fortunately, with the Higher Light beaming into Gaia, more and more of humanity is throwing off the yoke of Power Over. They are able to do this because they have found their OWN Power Within. It is for this reason that we have invited you all to this Multidimensional event.

Even though, there are more and more humans who have begun to, or have totally, released the illusion that “others could have power-over them,” these awakened ones must band together to multiply the energy fields that their ever-expanding consciousness is creating.

This experience is much like climbing a long, steep mountain trail to get to the beautiful lake and green meadows that are “higher up” the mountain.

In fact, once you begin to expand your consciousness into the “higher frequencies,” you will discover that you can more and more easily find the “green meadows and cool mountain lakes,” that were impossible to find while you were limited to your third dimensional consciousness.

Your fifth dimensional consciousness lives within the ONE of the NOW. Hence, there are NO concepts of “I should” or “I have to.” Within the resonance of the fifth dimension and beyond, you are connected to your Multidimensional SELF in a constant and aware manner.

Therefore, you can easily communicate with your fourth dimensional emotional and dream-self to translate the messages that your fifth dimensional self has sent you while you are sleeping and/or meditating.

However, we remind you that as long as you are wearing a third dimensional earth vessel, you WILL be vulnerable to lower energy fields of that plane. In fact, it is by design that you are aware of these lower dimensional energy fields so that you can send them Unconditional Love to heal them, and Violet Fire to transmute them.

We the Arcturians want you all to know that we are aware of your great service to Gaia and to all Her creatures, human and non-human. Please remember that we the Arcturians, as well as your other higher dimensional guides, are ALWAYS with you.

We are fifth dimensional and beyond. Therefore, we do not resonate to “time,” and are able to easily “touch in” with you within any NOW of your “time.” Therefore, if you have a dream about us—BELIEVE IT IS REAL.

If you feel that we, the Arcturians, as well any other fifth dimensional being that are guiding you, are with you—BELIEVE IT IS REAL.

If you suddenly get a message or an instruction that resonates to the Unconditional Love of the fifth dimension and beyond—BELIEVE IT IS REAL.

In fact, Dear Grounded Members of our fifth dimensional and beyond reality, if you are experiencing a growing need to serve, perhaps in a manner that you have not served before, then we ask that you–BELIEVE IT IS REAL.

Most important, we ask that you BELIEVE IN YOUR SELF!!!
YOU are the Higher SELF that you are seeking to remember and/or join.

Your fifth dimensional and beyond expressions of SELF—as you have many higher expressions of your SELF—ALL support you and send you Unconditional Love to comfort and empower you during the challenging Mission that YOU volunteered for before you took this incarnation.

In closing, we ask that each of you remember your SELF in the Higher Dimensions, writing your “Birth Contract.”

·      What is your environment while you are writing this contract?
·      How does it FEEL to be your fifth dimensional (and beyond) SELF?
·      Why have you chosen to take an Earth Vessel during this important NOW?
·      What does your Birth Contract say?

We ask you all to ponder these questions, discuss them with others, meditate to remember this NOW, and share what you have discovered. As Leaders For Gaia, you have chosen a life beyond of Service to Others.

Therefore, “read” your Birth Contract, share it with others to more deeply understand it. Then, store it in your High Heart!

We the Arcturians, as well as ALL your higher dimensional family,
Shine Our Multidimensional Light and Unconditional Love on you


Within every moment of the NOW
Posted by Suzanne Lie at 12:58 PM