Your NEW Sense of SELF--The Arcturians through Suzanne Lie 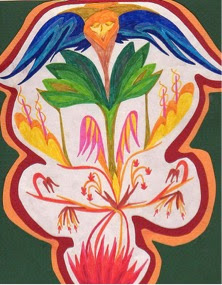 The Arcturians through Suzanne Lie
Dear Ones,

There are many initiations that accompany ascension. Because you are not concerned with your personal ascension and are working for Gaia, there are certain dispensations that are available. For one thing, because you have put the needs of the planet before your personal needs you consciousness will greatly expand, as will the scope of your creative sharing.

We the Arcturians are commending you because many of you have not taken your “time” to commend your self. We want to remind you that there is no “conceit” in the higher frequencies. In fact, the dark ones created the concept of “conceit,” so that people would not understand and accept their own higher abilities.

We want you to know that the darkness is losing its choke-hold on the people. Many people on your world were never aware of the dark underbelly of their country. All they knew was what the propaganda on the television and public media told them.

The masses accepted the media information as the “truth” because it was normal to have the few rule the many. However, we Galactics are here now to remind you all that there is no need for any ”ruler-ship” in any country. However, the force of habit is strong for humanity, and there have been rulers for most of humanity’s incarnations. Hence, it is normal and expected.

Fortunately, in the fifth dimensional reality to which you are awakening, everyone is a sovereign being and are able to “rule” themselves. Furthermore, they do not consider the concept of “ruling others.” Instead they perceive an organized system to which all the members of their society can contribute and share.

Fifth dimensional societies know that everyone within that frequency of reality and beyond is capable of ruling them selves. Without the polarity of light and dark, there is NO victim and NO ruler. Instead, everyone lives within cooperation.

Since each being feels complete within their own fifth dimensional expression of self, they do not need to take from others or have power-over others. Everyone is connected in unconditional love. We know that this concept is almost unimaginable for our ones who have spent many incarnations living within the constrictions of a third dimensional reality.

As you, our grounded ones, continue with your current incarnation, or take another incarnation; you will find a very different Earth. Those who will remain on Earth during the escalation of the Gaia’s frequency rate will be joyful to experience the steady rise in the baseline frequency of Earth.

In reality, there has been a rise in frequency that has been occurring for the last 2000 years, but the acceleration was so minuscule, and you were all so busy “keeping your nose to the grindstone,” that you did not notice.

There have also been times when Earth was traveling through lower frequency energy fields. In these eras, civilizations there were enjoying a “peak society” quickly declined into “fall.” During these times declining energy fields, most humans could NOT expand their consciousness into higher frequencies, and some societies were totally wiped out.

During these eras, humanity was unable to conceive of the planet as a living being and greatly disrespected, even murdered, many of Gaia’s land, plants, animals, and other humans. However, these dark times are coming to an end because Gaia is now traveling through a very high frequency energy field.

It is mainly during the eras in which Earth is moving through cosmic areas of higher light that you, the members of humanity, are able to realize that, just as humans are experiencing the impact of higher frequencies of light, so does the planet.

With the awareness and acceptance of the higher light, especially if it is a conscious acceptance, the illusions that ruled Earth during the darker times are revealed. The main illusion that is NOW “melting” under the higher frequencies of light is the illusion that one person could have “power-over” another.

As these higher frequencies of light enter your Pineal Gland/Crown Chakra you are slowly, or quickly, regaining your multidimensional memory. As this expanded memory comes “online” in your daily life, you have the opportunity to regain an ever-expanding understanding of and intimacy with your own Multidimensional SELF.

This expanded relationship with your SELF give you great courage because your “SELF” is not limited to the third-dimensional earth vessel that you are wearing. With this freedom they can consciously connect with the ONE of the fifth dimension and beyond.

Your conscious connection with the fifth dimension allows you to remember that you can always gain guidance from your Galactic friends and family who are constantly sending you unconditional love from the higher dimensions. Once you can consciously receive this blessing from the higher frequencies, it greatly assists you to remember the “reason why you took this embodiment.”

This personal relationship with your SELF is very beneficial because you can continually receive the “higher perspective” of what is occurring within your third-dimensional reality. Hence, you are greatly freed from the lies and illusions that are constantly being sent out into your physical reality.

Your expanded sense of SELF serves as an “antidote” to all the lies and illusions because your own inner truth and revelations overrides the myriad third dimensional illusions and lies. At first, it may appear that you are floating above your physical self, or that your physical self is limiting in some manner.

You may even go through a period of confusion as to “which self is my real self.” However, as you gain the courage and commitment to share these higher messages in your daily life, you will find that many others are having similar experiences.

Your new Sense of SELF is “returning” to your true form of Lightbody. In fact, you are remembering more and more of your fifth dimensional visits and “dreams” in which YOU ARE Lightbody! Then, when you return to the physical plane, you remember to wear your third-dimensional earth vessel.

From our higher perspective, we observe that many of you are feeling the Kundalini Fire rising up your spine in preparation for your transmutation into Lightbody. This sends a feeling of bliss and affirmation that you are much more than a physical person struggling through a changing world.

More and more of you are remembering when and how you volunteered for your “away mission” to assist planet Earth. On the other hand, many Galactics have never had an Earth incarnation, but have assisted Gaia from our higher dimensional realities.

When Gaia was still a young planet, we Arcturians worked with the Pleiadians and the Sirians to assist Gaia during her early eras of human occupation. We use the word “occupation” because humans were also young in evolutions. Hence, many of them/you were more inclined to “occupy and dominate” the planet rather than to unconditionally love and support it.

It is for that reason that many of you in the higher worlds volunteered to take an earth vessel to assist Gaia. We send this message to you now because we wish to call you into active duty.

By “active duty” we mean that Gaia is ready for Her return to Her higher frequencies of expression and needs SHE needs your assistance. How do you assist a planet? The answer is that you send Gaia Unconditional Love and Violet Fire.

Unconditional Love is the healing force of the multiverse and can heal ALL life. The Violet Fire is the power of transmuting a person, place, thing,  planet and/or a reality into a higher octave of resonance.

However, in order to send Unconditional Love and Violet Fire out into your world, you must allow it into your own self—Chakra-by-Chakra. It is for this reason that we spent an entire month assisting our grounded ones to love themselves unconditionally.

You will find that process at: http://www.multidimensions.com/year-of-unconditional-love-7-minutes-7-chakras-7-weeks/

Since this process is unconditional, it is free of time and can be experienced in whatever NOW you choose. If you have not prepared yourself in this manner, we suggest that you do so.

Unconditional love for your self gives you great courage. It also greatly facilitates your memory of SELF, as well as your dedication to remain connected to your own higher expressions within the NOW of all your “time” on Earth.

Blessings to all,
We are HERE NOW to assist whenever you call. 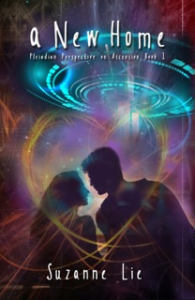 The Landings are coming to a dimension near you!
You own Higher SELF is at the helm.
KEEP THE LIGHT ON
Posted by Suzanne Lie at 6:47 PM

During these challenging time my Personal Readings from the Arcturians will be available for $150.
All readings will be for one hour. I am also committed to putting up a blog every day, so every one has a place to go to meeting with our Galactic Family through Sue Lie
To sign up for a reading, please email Suzanne at:
suelie@me.com