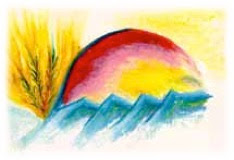 Morning Q&A with the Arcturians

A:        Suzille are you ready to begin your next adventure?

A:      Absolutely!  You might even say that the school, as you call it, is a trial run.  It is for that reason that we have told you to have another session of school.

In other words, you are your emotions.  By this statement we mean that you will no longer allow yourself to pick up emotions from another person, place or situation. When you are the creator of your emotions you feel the initiatory source of each emotion inside of yourself.

When you know the source of your emotions, you can determine an emotion that has started from a person or situation outside of your own auric body.

When you begin to travel via your Lightbody you will not have a material form in which you are separate from others.  Therefore, to discern the source of information you will need to feel the point of initiation of that emotion. And, within your NOW, the source might be coming from what might be called “another Lightbody.”

We say another “Lightbody” so that your third-dimensional brain can better understand what we are explaining. However, there is no “sense of another being” while in Lightbody.  Instead, there is a sense of inflowing and outflowing energy fields.

When the energy field is inflowing like a wave flowing onto the beach, the source is “another” Lightbody.  However, remember that the term “another” Light body is incorrect because there is no separation in the frequency of reality in which one is wearing their Lightbody.

When we/you of the fifth-dimension and beyond commune with our Earth friends, we/you often choose to take a form, or surround our Lightbody with a package that appears to be separate from the being with whom we are communicating.  Just as you might perceive us inside of you while you are channeling, we always perceive all life inside of us.

You see, we have no outside for we exist within the NOW of the ONE.

The time that it is taking you to document our conversation does not exist to us. Since we do not have time, we do not have sequence within our higher dimensional Now. We are Here – Now.  When you spend a lot of the illusion of your time conversing with us, the Arcturians, your sense of third-dimensional, sequential time may become more and more difficult to maintain.

When you channel one of our messages, you must translate it into time. To your perception, it has taken time to write on a 3D piece of paper what we are communicating to you within our Now.

The reason why we are having you handwrite our message today is because writing with your hand is very tactile, and more often you can flow more deeply into the information when you write it via a pen and paper.

When you type our message there is a machine that appears to be “in between” the message and the “you” who is receiving it. In the same manner, when you channel with your voice you have no machine.

Within this now of Ascending into a higher frequency, Gaia will simultaneously maintain her third-dimensional, physical form. In the same manner, many of our volunteers to Earth will maintain their physical forms.

This dual self of third-dimensional physical body and fifth-dimensional Light body will continue for an undetermined amount of your 3D time. Gaia, as well as all of our volunteers, is making this sacrifice to allow more “time” for those who are stuck into the third-dimensional, holographic Earth.

The controls for the 3D physical program are within Gaia’s Central Core Crystal that is surrounded by the four Cornerstone Crystals. Via these crystals, Gaia’s “core energy field” is distributed to all of the surface areas of the planet via the four cornerstone crystals of the North, East, South, and West.

Your Atma is the Protector of your personal Wisdom, which your Three Fold Flame transmutes into the higher frequency of your Infinite Wisdom.

Your Atma is the Protector of your personal Power, which your Three Fold Flame transmutes into the higher frequency of Multidimensional Power.

Your Atma is the Protector personal Love, which your Three Fold Flame transmutes into the higher frequency of Unconditional Love.

These transmutations within the core of your High Heart, initiate the beginning processes of your transmutation into Lightbody. Just as your physical development began in your mother’s uterus, your “re-birth” begins within your own High Heart.

Just as your zygote body, the first union of the sperm and egg-cell, rapidly began to duplicate/divide after fertilization, your Lightbody rapidly expands as you move into the Now of your personal transmutation.  You will then join the collective transmutation of our infinite family of Lightbodies.

The process of transmuting into Lightbody was meticulously explained by the Pleiadians in the fifth book of the Pleiadian Perspectives on Ascension, Through The Portal. We ask that you go through this process as a group or alone. Unfortunately we will not be able to meet in a cabin in the higher mountains. However, you will all have the multidimensional power of imagination.

(Dear Readers, I included the above paragraph, so you can purchase book 5 at the discounted rate if you wish. It is not up yet, but check in later.)

Please remember that everything that we do is for our Dear Mother Earth and for all of her inhabitants.  You are already multidimensional beings to whom you will return within the Now of the One that you chose before you took your individual Earth vessel.

We Arcturians endeavor to unite your personal Earth vessel with the planetary vessel of Earth.  We wish you all to know that we deeply appreciate the sacrifices that you have made within your life to dedicate your primary attention to the process of planetary Ascension.

Blessings BE to you all.
The Arcturians

The recording of this written material is available HERE

BLESSINGS TO YOU ALL.
For those who are not joining the school (Advanced Multidimensional Leadership Training -- we start next week) in your 3D life,
we invite you to join in Spirit.


Stay up to date on all upcoming events by subscribing to my newsletter.