The Ascension of Arcturus - Part 3 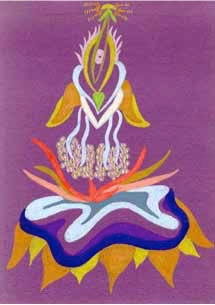 From Pleiadian Perspective on Ascension
Book 2

The Formless Ones in both the planetary atmosphere and the planetary core, as well as the Portal Openers, knew that the time was nigh for the completion of the planetary cycle. The plants and animals did not need to understand what was happening, as they lived in unity with the planet and accepted whatever planetary event occurred. Only the Lost Ones were left uninformed that the transmutation of every molecule of form was imminent.
However, the Lost Ones could FEEL that a great change was commencing. Since their separate God had told them that there was a beginning, there would need to be an ending. Hence, the only possible scenario they could believe was that the END was nigh. Since the Lost Ones were incapable of accepting an unknown event, they could only believe that the end of the world was near.

Concurrently, the Portal Openers were in steady communication with the Formless Ones. Therefore, they realized that since the Formless Ones could create a planet, they could assist them to safely transmute their reality back into the Oneness of multidimensional light and unconditional love.

Since the Portal Openers had expanded their consciousness enough to directly and personally experience the Formless Ones, they believed that ascension into a higher frequency was real. They could feel the transmutation of energy within the planetary core, as well as within their own personal core.

Once they fully integrated this expansive energy into their being, they began to radiate their own multidimensional energy beyond their core and into their surrounding world. In other words, the Portal Openers became the very portals that they had once had to locate and request assistance to open.

Meanwhile, the Formless Ones were busily creating their Arcturian Corridor. This corridor was much like a huge birth canal through which planets, solar systems, galaxies and universes could be protected and cared for during their intense transformation into higher frequencies of expression.

However, only the Portal Openers would know they were within a huge cosmic portal. They would know this because they were those who had had enough trust in the Formless Ones to totally surrender into a state of consciousness completely unique to all of their past, present and future experiences of reality.

Their surrender encompassed past, present and future because once they entered the corridor, they slowly lost all concept of time. Hence, memory would no longer be limited to the past, as there was only NOW. Furthermore, within the corridor, there was no illusion of inside vs. outside.

Therefore, they could no longer distinguish between internal and external events. They could directly experience their beingness only within the constant state of the HERE and NOW. At first, this direct expression of being life was unique and therefore, challenging. However, as they became accustomed to this manner of “being,” they soon forgot any other expression of reality.

While in this state of being, they could consciously experience their form transmuting without the necessity of “death.” In fact, they began to experience, and simultaneously forget, their myriad third/fourth dimensional lives in form. They retained all that they had learned, but once they began to return to that true SELF, they were in such joy that memories of their past challenges transmuted into the victories of the NOW.

When they first entered the Arcturian Corridor, they had to release every person, place, situation and thing that had not chosen to enter the corridor. Some of these releases were quite difficult, as some physical relationships were made that would not carry forth into the corridor.

Without question, the fully awakened Portal Openers entered the corridor with absolute surrender and total release of all that could not, or would not, join them. They entered the corridor knowing that they had to trust the feel within their heart and discharge anything that cluttered their mind.

The Portal Openers had to collapse into their SELF. In other words, they had to deny all attachments to that which appeared to be around them and bond fully with that which they found within their High Heart. To their surprise, when they entered their High Heart, they discovered that all they had loved unconditionally in their myriad incarnations was awaiting their reunion.

The Portal Openers did not know that they had collected within their own High Heart every reality that they had ever experienced in all of their excursions into form. Every person, place, situation or thing that they had loved unconditionally was awaiting them within the “NOW” of this great reunion.

The Portal Openers collected ALL these past, present and future realities and merged them into the “NOW” of their ascension. In this manner, every experience of unconditional love that they had ever enjoyed was gathered into the corridor.

Since the Portal Openers so dearly and unconditionally loved their planet, they gathered everything they loved about their planet into the corridor, as well. Unfortunately, this gathering of planetary experiences into the corridor would play havoc with the Lost Ones who were still planet-bound.

The Lost Ones still held tight to the fear, victimization and/or power-over others. Thus, their quotient of love and light was quite small. They could not even find their High Heart, much less collapse into it. Furthermore, surrender felt like failure to them. They would not surrender their long-held beliefs, nor would they surrender that which they had worked so hard to acquire.

Unfortunately for the Lost Ones, the Arcturians who were the holders of planetary form were happy to join the Portal Openers and the Formless Ones in the corridor. Hence, portions of the matrix of the planet were disappearing from the perception of the Lost Ones.

Those who had believed in a disastrous ending were playing out that storyline, while others continued with their selfish or weak behaviors. On the other hand, some of the Lost Ones were finding great courage and assisting others as they sought a safe place. How surprised they were when they discovered that the safe place was actually within the corridor.

Unfortunately, other Lost Ones were holding on to their power-over others and/or their self-pity and lack of control over their own lives. These Lost Ones raged or called desperately to their separate God because they could not find their own Arcturian core. It was at this juncture where the holographic story had begun.

***
To my surprise, at this point in the story an immense range of emotions overtook me, and I angrily turned off the hologram. Why? Why had I been shown this? Was I shown this story to remind me that, rather than selfishly advancing my own abilities, I should be home in the Pleiades on my own planet?

I bolted from the holosuite in confusion and sorrow. What about my own people? What were they facing now? I was sworn to be a protector of my people, and I was off on my own selfish advancement when I should be home protecting and helping them. I was almost running when I bumped into the Arcturian.

The mere touch of Its body and mind calmed my emotions and centered my thinking. The Arcturian looked deeply into my eyes, and we met soul to soul. I felt answers to many unasked question flow into my consciousness. My breath slowed, my heart calmed and my mind stilled.

“We have a guest we want you to greet and take on a tour of the Mothership,” the Arcturian telepathically informed me. I started to speak, but it telepathically interrupted to say, “Speak only with your heart.” Thus, I had to fully center myself enough to ask the telepathic questions of where I should go and for who I should look.

I felt the Arcturian’s smile inside my heart as I heard, “Follow me.” I followed the Arcturian to the main entry area and saw a lovely being of unknown gender and planetary origin. The Arcturian responded to my unspoken question by telepathically saying, “She/It is a hybrid of human and Arcturian whose name is Kepier.”

VEIL TEN
“The Illusion of Death”

As I walk from the circle, my mind is a blur of images and feelings.  Although this is more than I can understand, I will hold it in my mind until I grow into it.  I am returning now …
Posted by Suzanne Lie at 12:37 AM