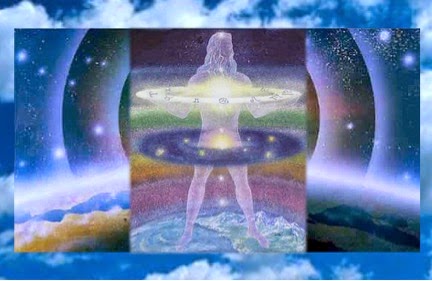 Dear Readers,
I just finished going over the fourth book of the Pleiadian Perspective on Ascension. It is titled, “It Is The NOW.” There are some very informative messages through out the book that I want to share you. I edited this book quite a bit and some of these messages were not in the first book. Also, the book won’t be published for a bit. Therefore, I decided that since I needed to read these messages a few times to really understand them, then even if you did read them long ago, they are more timely now than ever.

Dear Illustrious Guests and Beings of Earth,
Welcome to our spontaneous transmission to Earth. For this transmission we have the honor of having attendants from different dimensions and timelines joining us. We say “beings,” as this transmission is coming to you via light codes that persons, animals and plants can absorb into their consciousness to accept a “knowing” of information.

Each of you will receive this information according to your species, form and consciousness. Yes, your earthly plant kingdom is very much alive and eagerly accepts all of our transmission. We will begin our message by telling you a bit about light so that you can more easily translate our light language into the language of your current grounded expression.

Light exists in units called photons. Photons have no density and no charge and travel beyond the confines of "time." Hence, the primary component of light is, in fact, timeless. Since we speak to you via Light Language. Since your physical form has myriad photons, as well as protons, which also travel beyond the speed of light, you are innately beings of light hidden within an earthen shell.
Therefore, the higher frequencies of your multidimensional consciousness and much of your earthen vessel exist beyond time. Your higher frequencies of “SELF” resonate beyond the hologram of third dimensional Earth. In other words, major components of your physical form are not limited to third dimensional Earth.
Your earthen vessel contains the lower frequencies of your consciousness, as well as the vast quantities of fear-based emotions. These emotions lower your consciousness to the frequency of survival. While in survival mode, your vessel is filled with adrenalin, which further lowers your consciousness into the base reality of fight or flight.
Therefore, we remind our away team that wanting to flee Earth is not consistent with your innate unconditional love, but an anomaly of your fear. Hence, we suggest that you focus your attention, not on fighting the darkness or running away to a better place. Instead, focus on the bliss that flows within the feeling of unconditional love.
Your thoughts come from your brain, but your emotions arise from within your body. Many humans have said that emotions cannot be controlled, which is true while you are experiencing fear-based consciousness. However, once you remember to send unconditional love into every challenge and/or stressful situation, you will become the master of your emotions. As a Master, you can control your emotions because you can control your state of consciousness.
It is your state of consciousness that determines your choices of perception. When you are in a lower state of consciousness, fear easily permeates your thoughts to create even greater fear. Then you seek the cause of your fear rather than your innate solution of unconditional love.
On the other hand, when you live from your core you become the light of your own Central Sun and your myriad photons make your body a Galaxy of light. Every atom in your body serves as a Sun with myriad planets rotating around it. When you think of yourself in this way, it is not a large leap of faith to realize that you are a being of light.
You do not need to create a lightbody or even flash into a lightbody. Instead, simply embrace the fact that your innate SELF is light, which has become embedded in matter (spirit/light into matter/form) so that you can experience the third dimensional frequency of reality.

You might say, "If I am a Master why would I need to take on such a low frequency vessel?” There are two answers to this question. First and foremost, you the members of our Away Team, took on a physical body to intimately connect with our dear friend Gaia who is ready to transmute into Her Lightbody.

Second, you took on a form as a rehearsal. Our entire Universe is moving into a higher octave of reality. If you can rehearse for this event by raising the frequency of your personal form, you will better understand and deeply appreciate how difficult it is for an entire planet, Solar System, Galaxy and Local Universe to transmute into a higher octave of light.

Some of our ascending ones still believe that if they try very hard, are immensely good, are vastly patient and extremely patient they will “get” to ascend. Within this belief, ascension becomes a reward for being a “good person.” You do not need a reward because you are already ascended.

You did not come to Earth at this time to evolve. Instead, you greatly devolved your SELF so that you could maintain a low enough state of consciousness to inhabit a third dimensional form and go through an extremely long time to grow up. Because of the efforts of those who are NOW adults, many children are able to reveal the expanded talents of their true SELF at a very young age.

These “children” have abilities that adults had to study for decades to master. This is because YOU, the ones who were born in the times of deep darkness and harsh realities, have expanded your consciousness enough to be a living portal of light. As this living portal, your higher consciousness has been able to accept light from the Sun, and even the Central Sun, into your form.

You have then grounded that light into the planet, to share it with Gaia. A photon of light leaves the surface of a sun or star and travels through space to reach your form the instant that the photon left the star and the moment that it connected to your body. NO time has elapsed because the photons travel beyond the limitation of time.

We know that this concept is difficult for your 3D brain to conceive, but that brain is only an illusion in the matrix of the third dimensional reality that you are currently wearing. Your 3D brain cannot conceive of instant travel. Therefore, it creates a scenario in which there is time. In the physical world, it takes “time” to travel across space. Therefore, were you are going is separate from where you started.

It is in this manner that third-dimensional polarities are form. A major polarity in your physical world is the polarity of good and bad. These “opposites” appear to be polarities because the infinite and timeless “in between” of this spectrum is not perceivable to your third dimensional consciousness.

The core, which is center of the “in-between,” resonates to a frequency that is often invisible to your third dimensional perceptions and the lower frequency edges of the spectrum appear to your third dimensional perceptions to be the only reality. Thus, the lower frequency edges of a spectrum of thoughts, emotions, objects and concepts seem to be separate polarities.

As your earthly consciousness continues to expand back into your innate multidimensional consciousness, you will begin to experience more and more of the “in between.” In fact, the billions of photons within your earth vessel perceive ALL the in-between. This in-between is perceived as the HERE and NOW.

Therefore, your seemingly third dimensional Earth has a huge element in which its photons are instantly dashing to other frequencies of the light that are constantly permeating the “time” of the time-less NOW. In this manner, your third dimensional reality is deeply influenced by the higher frequency realities that resonate to the “in between” of your perception.

Time only expresses itself sequentially within the lower worlds, and space is only experienced when it takes time to travel across it. Once you are free of the illusion of time, your consciousness is free of the 3D matrix and can expand your conscious perception to include the higher dimensional realities.

This inward and outward flow overlaps at the point in which space and time meet in the flow of the ONE of the fifth dimension and beyond. Once you have this experience via your fifth dimensional consciousness, even though you are wearing an earth vessel, the limitations of the 3D Matrix will have no meaning to you.

When you consciously experience the constant in-flow and out-flow of time and space moving through your current earth vessel, your consciousness expands to embrace your true Multidimensional SELF.

Life and death then take on the meaning of birth/into body and death/out of body, but the “body” is only one of your many parallel, alternate or higher dimensional bodies. In fact, many of you who are receiving this message are having outflow feelings that you are dying, or that huge elements of your life are completed. At the same time you are having inflow experiences of being reborn in some way.

What is occurring is that the components of your life that are unacceptable or intolerable to the frequency of your higher states of consciousness are on outflow so that they will no longer limit your higher dimensional perceptions. With the outflow/death of these limitations your consciousness expands to accept the inflow/birth of new concepts, perceptions and experiences into your daily life.

As the source and core of your galaxy, you can best understand how space and time float in a great cosmic sea. Past, present and future float within this sea as expressions of the NOW that you can accept or reject as your perceptions of reality. Every possibility for every expression of your SELF floats within the HERE and NOW of this Cosmic Sea.

The matter of your form and antimatter of your consciousness interact and intermingle as spirit into matter and matter’s return to pure spirit. Within your galaxy are many stars. Some of these stars are ready to blink out of your life, whereas other stars are in the process of birth.

Your consciousness has been attached to a 3D matrix of form for myriad lives. NOW it wishes to expand back into its true housing of a multidimensional lightbody. We conclude our transmission for today so that you can integrate this information into your personal and planetary form.

We will return in what is considered your ‘tomorrow’ to continue this transmission. We suggest that you allow our words to flow within the cosmic sea of your great Multidimensional SELF.

Until then, we send you unconditional love.
The Arcturians