Returning to Gaia - An Inter-Galactic Message


Pleiadian Perspective on Ascension, Book One and Two available as ebooks at:
http://www.multidimensions.com/TheVision/books.html 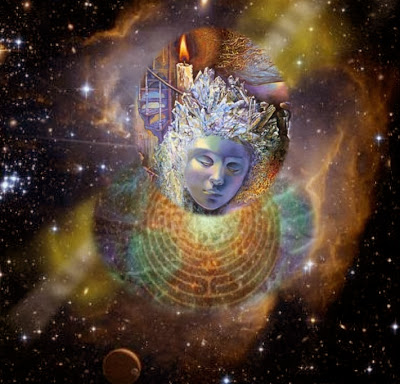 THE INTER-GALACTIC GROUP MIND SPEAKS:
Dear Mytrian, it is true that we shall guide you back into Gaia’s core to recalibrate the Cornerstone Crystals within that NOW. However, first we need to give you some more information about our multidimensional inter-galactic group mind and about the timeline you are entering.

Before you entered the timeline in which Gaia was first manifesting Her New Earth. You greatly assisted that manifestation by supporting the Lemurians to heal the psychic scar caused the sinking of their civilization. Now you will enter Gaia’s core during the timeline of year two of New Earth.

First, we wish to tell you more about the team of our inter-galactic group mind. Because we resonate to the fifth dimension and above, we meld our minds in total unity with each other and with the ONE. It is this fifth-dimensional unity consciousness that we are teaching to our many emissaries on Earth during the timeline you will be visiting.

Our inter-galactic team has many emissaries who have volunteered to wear a physical form to assist with this process of planetary ascension. We are in constant communication with the emissaries who have awakened to their SELF, and more of them are awakening every day.

Some of our emissaries will receive our messages from others who have translated them, but they will instantly resonate to the information. Then they will want to know more because it will awaken them to the knowing that they, too, are emissaries of light.

Many of our emissaries will also become involved in the communications and actions, which other emissaries have stepped down into the third dimension. However humanity receives our message and in whichever way they share it was predetermined before they merged their essence into an earth vessel.

It is your mission to assist our “away team” who has downloaded their essence into one, or several, of their third dimensional expressions of SELF. The cetaceans and many members of the ‘animal kingdom’ are also receiving their higher dimensional essence of SELF.

Once these earth-bound expressions have fully integrated their higher expressions of SELF, it is vital that they become involved in Gaia’s ascension, which is occurring NOW. The caterpillar inside the cocoon does not see a difference in its outer world until it becomes a butterfly. In this new form the world can be perceived from a vastly different perspective than it was from the viewpoint of a caterpillar.

Many of the members of our brave away team have become trapped in the perspective of their grounded self who must walk upon the land rather than beam through dimensions. Fortunately, as they awaken to their Multidimensional SELF, they will be able to experience their physical form on Gaia’s landed surface while they simultaneously experience their ascended form as members of our inter-galactic family.

Just as their human self may be French, German and Italian, their Galactic SELF may be Sirian, Pleiadian and/or Arcturian.  If our emissaries are able to connect with one of the many higher expressions of their Multidimensional SELF, they will be able to serve us as a translator of our message.

We are aware that Earth’s culture has been separated into many different languages, beliefs and spiritual/religious ideations. However, planetary unity consciousness is vital for the planetary ascension.

The remaining forces of darkness have created propaganda to create myriad wars and conflicts to avoid the inevitable planetary unity consciousness, as they know ascension will end their reign of fear. The end of their reign will NOT come about through yet another war, but via worldwide unconditional love and unity consciousness.

Therefore, Mytrian, do you see why you are so important. You are a prototype for a physically grounded multidimensional being. Your inner expressions of 3D Sandy and Jason also hold two separate physical bodies on ascending Earth.

Your inner expressions of Mytria and Mytre hold expressions that appear “separate” from the perspective of your third-dimensional thinking. However, you have fully integrated these components of your inner and extended Pleiadian SELF. On the other hand, you inner Arcturian SELF still appears to be far beyond the being that you perceive as YOU.

All members of our inter-galactic team have merged into this unity consciousness with higher expressions of their Multidimensional SELF. It is through their connected multidimensional consciousness that they can receive our higher-dimensional light message and translate them into a manner which can be received and understood by the awakened members of Earth.

Therefore, they may have forgotten that they did not take an earth vessel in order to ascend that vessel. They volunteered to assist Gaia with the ascension of Her planetary form. This planetary ascension will occur via unity consciousness of Gaia’s inhabitants.

The lost ones who have become trapped in their own darkness are terrified of unity. Many of these lost ones cannot ascend into the higher realms because their actions were so vicious that they separated themselves from their Multidimensional Soul.

This group of lost ones is actually quite small and ranks only in the thousands. However, they have been in power for so many millennia that they have created a huge network of others who were brainwashed to follow the lost ones orders.

To be afraid of any of these lost ones only feeds them, as they actually devour fear. On the other hand, unconditional love is quite terrifying to them, as that frequency of light can actually damage them. Of course, once anyone would have the intention of using unconditional love to damage another, their frequency would drop, and they would no be able to send such a high frequency of light.

Instead, unconditional love serves as a shield, which actually makes you invisible to the lost ones. Just as many of our away team cannot perceive their higher expressions of SELF while wearing their third/fourth form, the lost ones cannot perceive any thing that resonates beyond the mid-fourth dimension.

Before entering Gaia’s core you will visit your earthy expressions of Mytre and Mytria to fully integrate that frequency of your Multidimensional SELF. This integration may be a challenge. However, once you call upon your higher expressions, you rise above any difficulty to regain your higher perspective.