New Visitors On The Mothership – Part 2 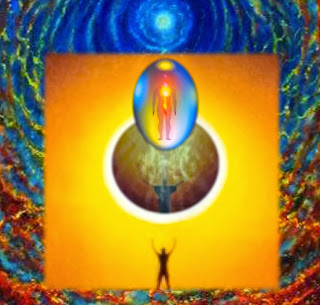 SANDY SPEAKS:
I am really concerned about Jason. We have been back from our experience on the Mothership for three days now, and Jason is either depressed or obsessed or both. He has not worked or meditated or even mentioned the twelfth floor. I think he blames himself for the Arcturian sending us back. I have told him many times that the Arcturian had begun his transmission saying that only humans could unlock the 3D Matrix, but Jason will not listen to me.

All he does is mutter, “What are we supposed to let go of?”

I would like to tell him that he can begin by letting go of his bad mood, but I don’t think that information would go over well. What I did say was, “Why don’t you go over your notes again. Maybe you can find something there. You can give me another presentation,” I tried to say with a smile. All he did was grumble, but he did go back to his notes.

I could not take it anymore, so I left the house to do some errands for work. I needed a break from Jason’s bad mood so I also went to lunch and a movie with a girlfriend. It was a good distraction and served to help me find my center again. It is wonderful to be so very close with someone. However, if that someone is in a bad mood, you feel that mood as if it were your own.

Being out of Jason’s space for a day greatly assisted me to get back to my self, and I guess it was good for him too. With no one to complain to he finally went back to his notes to see if he had missed anything. His mood was far too bad to meditate, but the intellectual endeavor served to focus his mind. Hence, when I walked in the door, he was in a much better mood.

“Hi Hon,” he said with a smile. I think he had actually taken a shower and eat a bit of food. “Are you ready for my presentation?”

With a great sense of relief, I happily set down before him at our small kitchen table. “I am ready for your presentation,” I said with a smile.

“First,” Jason began, “I want to apologize for my behavior over the last few days. As you know, I thought it was my words that made the Arcturian send us back. Finally, I realized that a being of such a high resonance as the Arcturian would not be reactive in that manner. Then, I had to look at my self. Why was I taking our return as some sort of punishment, which made me take a long, uncomfortable look at my childhood.

“I was very sensitive as a child and when I got my feelings hurt, which was often, I shut everyone out. Since I shut everyone out when I was a child, I shut you out as an adult. This realization brought me to my first answer to the question that has obsessed me of what do we need to let go of? When you walked out the door and left me alone with my own misery, I went into deep sorrow.

“I could not understand why until I realized that I had totally closed you, my beloved and very best friend, out just as I had shut everyone out when I was a child. Well, that was my first answer to my question about what to let go of. I don’t know about others, but I need to let go of isolating myself when I become upset.”

At this point Jason stood up, walked around the table, pulled me to a standing position and gave me the longest, deepest hug I had ever received. I could feel that he was trying to suppress crying, which made me cry instead. Jason held me even closer, which I did not think was possible, and said, “I have been realizing that there are many things I need to let go of, but I will NEVER let go of you.”

We stood in the kitchen, with our messy house around us and Jason’s papers spread across the kitchen table and hugged for so long I thought we had become one person.

“We are one person in two bodies,” Jason said in response to my thoughts.

“I know,” I said. “That is why I had to get some space from you so that I could get back to my center enough to help you. I am sorry I abandoned you when you felt too awful.”

“You do not need to apologize,” said Jason. “There are still some things we have to do on our own. One of these things was my need to let go of the illusion of separation.”

I pushed back, gave him a long kiss and said, “It sounds like your presentation is ready. I am all ears.” I sat down and motioned for him to do the same. With the first smile I had seen in three days, Jason sat down in front of me and began his presentation.

“Oh, do you want some coffee?” Jason said with a smile as he pointed towards the coffee pot he had been living off of for three days.

“No Sweetie,” I said. “But I will fix you some dinner after your presentation.”

“Good, I need that.” He smiled and began his presentation, which was much different from his first one.

“Once I had my realization about my old habit of isolation, which is the first of many behaviors and old coping mechanism that I will let go, I remembered how my research had said that separation was an illusion of the third dimension. We believe there is separation because we can only see the dense energy of physical matter and not the higher frequency energy that connects everything physical.

“I then had an image/memory of our brief walk through the Mothership and the meeting room for the Arcturian’s transmission. I was so in awe of that experience that many details went straight to my unconscious. However, when I let go of my self-pity, the illusion of separation from my higher SELF disappeared. I instantly went into a deep trance and remember, re-experienced, every moment on the Ship.

“I remembered how Mytria and Mytre were wearing separate humanoid forms, but they were not separate because I could see the energy field connecting them. In fact, I finally remembered what my physical brain had forgotten. I remembered that while we were there, I had full access to my fifth dimensional consciousness and perceptions.

“In fact, my love” Jason said as he looked at me, “I can see that you are remembering that now too.”

I smiled with excitement in my face, but said nothing, as I did not want to interrupt him. Jason read my mind, again, and continued.

“While in my higher consciousness, all my perceptions were different, expanded. No one and nothing was separate because I could see all the connecting energy fields. I think I forgot that experience because my 3D brain could not compute such a unique experience. However, once I had released my childhood coping mechanism and realized that I had used it to separate from you I had a burst of immense sorrow.”

“It was wise of you to leave, as I went into deep sobbing that my male ego would not have allowed in the presence of another. I guess I need to let go of that male ego, as well.” He said with a laugh.

“Don’t release it all,” I replied. “It is sexy when used for certain purposes.”

We both laughed, then Jason returned to his presentation, knowing that it would be interrupted if we didn’t change the subject.

“Go on,” I said. “This is making so much sense to me. Your memory is igniting mine. I have been so concerned about you that my 3D brain forgot those details too.

“Yes,” Jason continued. “In order to remember these higher dimensional perceptions we need to be in a higher state of consciousness than our physical brain can compute. In other words, we need to let go of the limitations and illusions of our third dimensional thinking so that we can connect with our multidimensional thinking. After my last three days of being totally lost in the physical, I realize just how difficult that letting go can be.

“In fact, we need to let go of the third dimension!”

PLEASE SEE COMMENTS FOR DETAILS
Posted by Suzanne Lie at 8:51 AM