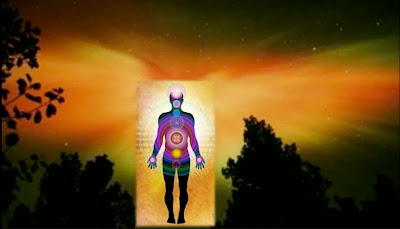 Transmutation of Matter
By the Arcturians

To transmute your physical form, it is best that you release your attachment to human individuality and think of yourself as a planetary being. For humans to ascend via their physical bodies transmuting into the fifth dimension rather than "dying" as was normal before this great era, you will need the assistance of Earth. At the same time, in order for Earth to ascend without the extinction of Her physical form, She needs human assistance.

Hence dear humans and Galactics/Celestials in human form, you will need to expand your personal consciousness into planetary consciousness. In this manner, there is no sense of personal sacrifice or fear. There is only the great unity of person and planet ascending as ONE Being. Furthermore, we request that those of you who have awakened to your Multidimensional SELF no longer hold back your process. Others have chosen the Mission of working with the beginners.

Your earth vessel is an intelligent biological earth ship, just as our Starships are biological. The current container for your consciousness is just one of myriad containers on myriad dimensions and parallel and/or alternate realities. You have decided to take command of your current personal earth ship, which becomes a fourth-dimensional etheric ship when you are “sleeping” and can expand into the higher dimensions during meditation.

Just as your chakras are aligned to different frequencies, every state of consciousness has a frequency of perception. These perceptions are the sum-total of the frequency of reality you have chosen by your placing your attention on, reacting, responding or interacting with that specific version/frequency of reality. Every reality has many versions, and each version is different because it resonates to a higher or lower frequency.

There are myriad channels on your “TV of 3D Life.” The channel on which you choose to place your attention determines your state of consciousness within that NOW. We say “that NOW” as to us all reality exists within the HERE of the NOW. There is no coming or going in the HERE NOW. We ARE. We resonate, we fluctuate, and most wonderfully we create.

We Arcturians are here to assist you in our co-creation of the Arcturian Corridor. We have spoken often of this Corridor. However, since you, our ascending ones, are now moving into a higher state of consciousness you can perceive higher frequency components of our message that were once beyond your power of perception. Hence, our (human and Arcturian) Corridor is expanding along with your perceptions. http://www.multidimensions.com/TheVision/books.html
(Journey Through the Arcturian Corridor 1 through 4)

To further assist Gaia we Arcturians are in direct communication with many multidimensional beings presently wearing an earth vessel. When we communicate we speak in Light Language. Light Language resonates beyond time, polarity, limitation separation or fear. Since you must be free of fear in order to receive our messages, some are unable to perceive us. However, the higher light is continually expanding your perceptions and filling you with unconditional love (the antidote for fear). Hence, more and more of those wearing earth vessels are able to receive Light Language messages from the higher dimensions.

At this point, you will begin to commune with your molecular self by exploring and healing old issues and situations from your past that tell you that you are NOT the Captain of your earth vessel.  These limiting messages are at the core of third dimensional thinking. When you enter your unconscious to allow your past to heal your present, you confuse your third dimensional thinking.

The first “past lives,” you choose to ponder will likely be those with unfinished business that you brought into this incarnation to finish. Hence, even your human history is beyond time, as it is stored in your unconscious mind. Once you release time to heal and complete unfinished lives, you gain the courage and wisdom to remember the past lives in which you completed you’re chosen mission and gained great insight and enlightenment.

The acknowledgement of these lives activates the memory of your Multidimensional SELF. Very often your unconscious mind is the archive for old memories that you could not resolve when they occurred in that timeline. However, with the wisdom, power and love of your Multidimensional SELF you have the ability to bring that experience into its conclusion. We refer to your unconscious mind as the archive for experiences from your past that you are too immature to process.

However, hidden deep inside your unconscious and subconscious is your Divine Child who carries the “instruction manual” for your current embodiment. These instructions are in Light Language sent only to you. Hence, the process of deciphering this Light Language requires that you first connect with higher expressions of your SELF before you look deep into your unconscious and subconscious to find your Divine Child who remembers everything!

When you look HI UP into your higher SELF while you simultaneously look DEEP DOWN into your unconscious and subconscious mind you can experience unconditional love and human emotion within the NOW. When you can close these polarities of spirit and matter with the power of your multidimensional perception, you enter the NOW of the ONE as you merge your Divine Child with your Higher Expression of SELF.

Experiencing your Alpha, Divine Child and Omega, Higher SELF confuses your 3Dconsciousness enough that you can jump out of time. Then the past of your unconscious and subconscious can no longer interfere with your present on 3D Earth. When you are fully merged with your NOW, you are able to perceive any third-dimensional thought-forms from your past as lessons that have guided you into your present. From this point of perception, you can easily liberate these injuries from your past with the power of unconditional love and by perceiving them as cherished teachers.

We see that all of you, our Multidimensional Masters, are preparing to expand your consciousness into the next frequency of reality. Before this NOW, you did not have that option, as the frequency of your reality was too low and infiltrated with fear. Because of the darkness of that reality and the restrictions that it placed on your consciousness, you could not believe that your higher perceptions were “real.”

Furthermore, you could not perceive your highest and lowest resonance of your Multidimensional SELF, as this process can only occur within the safety of unconditional love, which was rarely present on your reality within the last 2000 years. Thus, unconditional love was forgotten and re-written into a 3D format of conditional love. In this manner, the concept of love lost its true meaning.

It may appear that many humans are still asleep. However, they are beginning to consistently awaken due to the activation of the 97%DNA. This DNA expands your perceptions beyond the confines of time, space, separation and limitation. Simultaneously, as you expand your consciousness beyond the 3D matrix of time, space, polarity, separation and limitation this DNA is activated.

Of course, the multidimensional DNA was always within your earth vessel as a latent reminder of your potential to return to your true multidimensional nature. However, this potential needed to be activated by the higher frequencies such as photons charged with particles of infrared, ultraviolet and gamma rays. These frequencies of light, as well as frequencies still unknown or named to your world, make up the higher light that is streaming into your world.

Humans have been doing some important research about the role of DNA on the evolution of the human species. Below is a short summary of this research:

In 1990, a group of Russian physicists, molecular biologists, biophysicists, geneticists, embryologists and linguists began a study of this “junk” DNA. Dr. Peter Gariaev PhD who is a Biophysicist and Molecular Biologist directed this research project. These scientists irradiated DNA samples with laser light. On screen, a typical wave pattern was formed. When they removed the DNA sample, the wave pattern did not disappear, it remained.

Many controlled experiments showed that the pattern continued to come from the removed sample, whose energy field apparently remained by itself. This effect is now called phantom DNA effect. It is surmised that energy from outside of space and time still flows through the activated wormholes after the DNA was removed.

They determined that this DNA is also a complex, biological, micro-computer chip that communicates with its environment. Dr. Gariaev found that the basic structure of these DNA alkaline pairs is the same as that of human language. Thus, they can be influenced and reprogrammed solely by the thought waves in our environment. Dr. Gariaev and Dr. Poponin also discovered that there is a multidimensional field structure surrounds our DNA chain.

Other studies were done by Dr. Bruce Lipton, Ph.D. who is an internationally recognized Cellular Biologist and a pioneer in a new field called Epigenics. In his book, titled The Biology of Belief, Dr. Lipton writes about his discovery that evolution is, in fact, driven by consciousness.  The caterpillar and the butterfly have the exact same DNA.  They are the exact same organism.  But they are responding to a different frequency.

Dr. Lipton has discovered that it is not genes that control life at the cellular level. It is the mind’s perception of its environment.  He coined the term “Spontaneous Evolution” because he has discovered that our DNA scans our environment for frequencies that are relevant to our existence, changes its structure, and then sends messages to reshape it self accordingly.

As we stated earlier in our message, many of you are ready to be co-creators of “our” Arcturian Corridor. The Corridor is not a place; it is an inter-dimensional corridor in which beings, as they are not all human, on the verge of ascension can gather to connect, learn and remember the process of transmutation.

Thus, it is vital that you merge with your planetary consciousness so that you and Gaia can act as a team. Many of you have already gathered within the Arcturian Corridor to learn about inter-dimensional travel. Now, you will be learning about transmutation of your personal and planetary body. As you awaken your cellular consciousness, you will be able to deeply merge with Gaia, as well as assist us to implant our Corridor into the body of ascending Earth.

Your great, Multidimensional SELF is about to make a full appearance in your daily life. As you begin to perceive life from a higher perspective, you will send signals to your DNA that it is “time to enter your cocoon” and begin your transmutation. However, you, the ascending ones on Earth, will not be able to ONLY focus totally on your process of transmutation.

In fact, you will, and are now, called upon to perform your daily tasks while you are in the process of totally restructuring your thoughts, emotions, consciousness, DNA and earth vessel. Fortunately, you will be able to call upon us, as well as your own higher expressions of SELF.
We shall return with more information,
The Arcturians