Arcturian Message The Ides of March 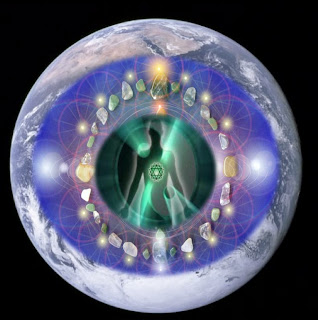 The Ides of March

Our Dear ONES in human form,
We realize how difficult it is for you to remain above the fear and sorrow that lies hidden in your world. As your expanded perceptions allow you to see beyond the illusions, you can perceive the truth these illusions have been hiding. These truths of how decadent your world has become is almost enough to force you back into the safety of your illusions. However, as Lightworkers you no longer have that option.

You can see, and more important FEEL, that which is hidden behind the curtain of deceit and lies. You have awakened to find the reasons why you have hidden away your great consciousness in a small corner of your 3D brain. However, now that your true SELF has been revealed, you can no longer hide. Fortunately, you have us, your Higher Expressions, to protect and guide you.

Without this connection to their SELF, many have chosen to stay in the shadows of their mind rather that embrace the truths over which they believe they have no power. Our ones who have chosen to wear a form during this time of great transition have taken on a huge responsibility. Many of you must remain alone and lonely in your knowledge of SELF, as few people in your life will understand who you truly are.

However, more and more of our emissaries of light are beginning to awaken from their slumber. Some came forth during the predicted time of ascension only to be disappointed. However, we the Arcturians want you to know that the LIGHT is around and within you in a way that you have not experienced for myriad incarnations.

Unfortunately, or fortunately, this light’s first task is to reveal your inner darkness. As the guides and leaders of your New World, you must first clean your own house so that you can better clear your planetary home. Yes, Gaia is your Home, for you dear ones were among us when we first planned the seeding of Earth. You may wonder how you could be so old.

We remind you, our dearly loved emissaries of light, that YOU are timeless. YOU are wonderful Beings who exist beyond the confines of time and volunteered to enter into your current reality so that you could participate in the salvation of that which YOU created. We have told you before of your multidimensional nature, which extends far beyond the realms of time and space and into the heart of Source.

It was the frequency of Source that initiated the grand experiment of creating, and then ascending, a planet based on polarity and diversity. The Galactic War had been raging on for far too long. Therefore, it was decided to seed your planet with humans who were shaped from the DNA of all those who had become desperate enemies.

It was our plane that the humans of your world would become the mediators who could end all comparison and conflict. Your civilizations often married the Prince and Princess of warring countries with expectation of creating peace. In the same manner, we created humans whose DNA came from all over the Galaxy with the hope of gaining unity of consciousness and divine purpose.

Fortunately, there were Golden Ages. In these eras the DNA from the peaceful beings reigned supreme and the majority of individuals functioned from their power-within. During these times service to others was common and society blossomed into an Age of Love and Light.

Unfortunately, the darkest night is just before dawn, which is the case in the cosmic world as well as on your planetary world. Thus, the Kali Yuga precedes these Golden Ages, as you have just experienced. Once a Kali Yuga, which is the darkest of the dark, has completed it reign, there is much rubble to clear from the many wars of this era.

Many of you entered during eras of light, and some of you answered Gaia’s call during Her times of great darkness. Either way, all of our Lightworkers fell in love with the dear planetary being known as Gaia. When you first took a human form, your multidimensional memory was fully intact. Therefore, you could recognize that Gaia was an alive being that had welcomed you onto Her form.

Hence, you walked softly upon Her body and remembered to honor the great planetary being who had created a form upon which you could wear a body made of Her elements. Many lived within this grand experiment, and many ascended back to their Homeworld in the higher dimensions.

Unfortunately, during the power over others eras many were lost in the darkness and became trapped on the Wheel of Life and Death. Because the power within humans ascended and the power over humans repeatedly took lives, it was the lost ones who became the dominant members of Earth. Consequently, it was the power-over humans who became the rulers, especially during the cycle of the Kali Yuga—the darkest night before the dawn.

That dawning has just begun, and the Light of the ONE is peeking over the distant horizon. These small rays of light are now entering the consciousness of our brave volunteers who chose to take a form during the end times of the Kali Yuga. Fortuitously, you are beginning to remember who you really are. This awareness often fill you with sorrow for all that you have suffered during the long dark night.

Grieving the YOU that you have lost often precedes the euphoria of the remembrance of who you truly are. Therefore, our dear warriors for the light, allow your self to feel that sorrow. As you shed your tears, release all the memories of pain, abandonment, fear and domination.

You will also remember lives in which you, too, functioned via power over others. Therefore, give unconditional forgiveness and unconditional acceptance to these components of your self. Then send these past expressions of your SELF Home to be fully healed. It is from the memory of becoming lost yourself that you can best assist others who are still trapped in the illusions of their power over DNA.

There is not a single one of you who is completely evil, even though it may appear that way. However, some humans have become so lost that in order find the remnants of their light, you must look into their higher expressions of SELF. It is through seeking their Higher Expression and choosing to perceive that light shinning through their darkness that you can best assist them.

Yes, many of our volunteers to Earth became lost in the Wheel of Life and Death that eternally circled from the third, into the fourth, then back into the third dimension. On the other hand, those of you who are our beloved Lightworkers have ALL had experiences of ascension.  During these personal ascensions you were able to break free of the Wheel of Birth and Death and return to the fifth dimension and beyond.

If you can remember these lives in which you released ALL third/fourth dimensional illusion, it will greatly facilitate your ability to fulfill your “Reason for Embodiment.” Yes, dear ascending ones, you knew that during this life you would personally experience the shift from the darkness of the Kali Yuga into the dawning of the Golden Age. For that reason, you wrote a petition of what you wanted to accomplish.

This planetary transition has been very difficult because so many of volunteers have become lost. Also, as we have explained above, these lost ones actually became the leaders of a planet and took Gaia to the verge of destruction. Fortunately, Gaia is an incredible strong Soul who is determined to advance into Her higher expression of New Earth.

Gaia is complete with the experience of individuality, polarity and limitations and is returning to Her true multidimensional being. Then, just as Gaia’s Lightworkers will transition from being humans to being Lightbodies, Ascended Masters, Angels and/or Elohim, Gaia will transition from being a planet to being a Sun, a Solar System and/or a Galaxy.

Our dear volunteers to rescue Earth please remember that you are eternal. Thus, you cannot die. You will remain logged-in to this reality for as long as your Soul Contract states. On the other hand, if the form you are wearing can no longer contain your great light because of injury or illness, or ascension, you will simply return to your higher expression of SELF and continue your contribution from the higher dimensions.

Therefore, do not be sad for the brave warriors of light who left their earth vessels. They were only wearing that physical form to perform their contribution and are now wearing their true form of Light.

Beloved ones, we honor you and the vessel that you wear. Seek those of us, your galactic and angelic family, who are also hidden within the forms we are wearing. Look into our eyes to find our Souls and commune with us via our shared FEEL of the Truth. YOU are NOT alone. You are US and WE are YOU.

The only difference is that some of us are also wearing a form,
Your Arcturian Family of Light