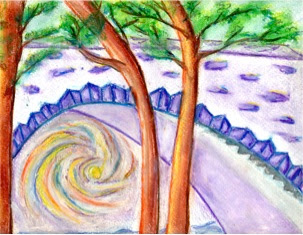 Dear Arcturians,
I have been awake since 3 am after only sleeping an hour at a time for most of the night. Sleeping is not normally a problem with me. Also, every time I woke up I thought of you. I tried to get a dream message, but could not. Therefore, I am asking now that I am awake and at the computer. Is there a message for me?

Our Dear Ascending Ones,
There is always a message for you, as well as for anyone who listens to our Call. It is just a matter of you tuning into the message and documenting it on your dimension. This morning there were too many messages for you to retrieve in this manner, so your sleep was disturbed by your inability to grasp on to information you could carry into your waking life.

There are many decisions that are being made at inner levels of your world government. There are some countries that are fully ready for the shift and some that are not. On the other hand, ALL the awakened ones are ready and waiting. The biggest problem we are having is with many of the governments and those who are unable to awaken.

Clearly, all humans will not be able to make the shift, but we are trying to take as many as possible. Once money as you know it is taken from your world, the shift will be much easier, as greed is the main problem at this moment. Having things has been the pacifier for unhappiness for many lifetimes, which is the reason why greed is so rampant.

The irony is that everyone can create anything they want on the fifth dimension.

10-26-12
Continuation of message received the day before:
Where we left off:
The irony is that everyone can create anything they want on the fifth dimension.

If those who are grasping onto that which they feel has worth could loosen their hold, they could better find their own inner worth. Some will have to create a disaster scenario of ascension, as that is the only way in which they will be able to release their tight hold on the things that means so much to them.

At the other end of the spectrum, those who have become ONE with their Multidimensional SELF have found such peace and harmony in their daily life that they are already resonating to the fifth dimension. These Ones are the Openers of the Portals for they have already created and opened their Personal Portal into the true, multidimensional world. Since they have opened their Personal Portal, they are able to open Planetary Portals.

Personal Portals are of course, personal. In other words, the individual has come into Unity Consciousness with his or her Multidimensional SELF. Within this Unity Consciousness there is no fear, or even hurry to ascend for they are already merged with their own ascended expressions of SELF.

It is through connecting with your personal expressions of SELF in the fifth dimension and beyond that you will remember the Wisdom, Power and Unconditional Love that
is necessary in order to find other humans with whom you can merge in Unity Consciousness.

The state of consciousness of each person is more important that physical location. In other words, if you all focus on a given area, you do not have to live there. At the same time, please remember that wherever you live at this time in your 3D reality is where you chose to be when you created your pre-birth contract.

Therefore it is beneficial if some of the members live in the area in which the group is focusing, as they have the deepest alignment with that area of Gaia’s body. It is appropriate at this moment of the NOW for our ascending ones to practice opening the Planetary Portals. The ascension-coded frequencies of light are already streaming into Gaia’s body, as well as each personal body and the all inhabitants of Earth. Hence, it is vital to make use of these energies.

Only the third/fourth dimensional worlds exist within the cycles of time. We see that our ascending ones tire of these cycles, as they have expanded their consciousness to embrace the knowing of many of these cycles and are eager to return Home. Hence, we return to our definition of Portal.

When a Personal or Planetary Portal is opened, it becomes a passage into the higher frequencies/dimensions of that particular expression of life. For example, once you open your Personal Portal you are able to receive messages from your higher expressions of SELF in much the same manner as you might phone a friend.

Unfortunately, your call may have problems “going through” because of many different factors. But, with determination and persistence, you will complete your connection to your Higher Expressions of SELF.

Gaia also has Higher Expressions of SELF. Your earth vessel is a component of Gaia’s many bodies. Therefore, you have the ability to open Gaia’s Portals. When you open a Personal Portal, you open a communication, visitation, experience, knowing, of your SELF in a higher frequency of reality.

In the same manner, when you open a Planetary Portal you open a communication, visitation, experience, knowing, of Gaia’s higher expressions, such as New Earth. Therefore, visiting New Earth is not a difficult task once you have learned to open your Personal Portals, as it is the same endeavor.

However, your Personal Portal will take you to any world or reality in which you are holding a form and/or have bonded with via your unconditional love. Conversely, opening a Planetary Portal will take you only to Gaia’s expression of SELF. Gaia is asking now that Her Ascending Ones begin to open Her Planetary Portals and practice visiting New Earth in preparation for Her Planetary Ascension.

Therefore, forming groups to open these Portals would be beneficial for Gaia, as well as for every member of the group. Gaia invites you to include your plant and animal friends into the groups, as many of them are well on their way to ascension. Please feel free to invite us, the Arcturians, into your group, as well as any of your higher expressions of SELF.

If your own Galactic and Celestial expressions of SELF join you, the Portal can be opened from both ends of the spectrum. In the same manner, please invite the Lemurians, as they can assist you from within the higher dimensions of Gaia’s Inner Earth.

We, your Galactic Family, greatly appreciate that we can call on our human expressions of SELF to cooperate with us in this monumental endeavor of ascension. In closing, we ask that you release your attachment to time during this ascension process.

Please remember that time is not the consistent gauge of measurement that you have believed it to be. In fact, rather than the steady clicking of a clock, time is more similar to waves on the ocean. Sometimes the wind and the ocean are calm and the movement of the water is steady and consistent.

On the other hand, many times the wind and water are stormy and movements are erratic and unpredictable. Furthermore, during great influx of new higher frequencies of energy such as you are NOW experiencing, time can be a Rogue Wave. Rogue Waves appear from seemingly nowhere and suddenly rise up to create great change.

We, the Galactics and Celestials, have been attempting to “calm the sea of ascension” but there are myriad human and energetic factors that are NOT for us to control. It is YOU, the ascending ones, who must confront these Rogue Time-Waves with your great force of unconditional love.

What is a Time-Wave? A Time-Wave is a sudden influx of energy. First, this energy is seeded by the thoughts and emotions of the Galactics and Celestials in an attempt to calm the seas of multidimensional Light streaming from the Galactic Center onto your small planet.

However, what will this wave of time meet? Will this great Time Wave land on the gentle sands of unconditional love, unity consciousness and peaceful acceptance? OR, will this Time Wave break against the harsh and rocky shores of fear, deceit and self-service?

We can do our best to control the wave. However, it is up to the beings of Gaia to create the shores on which the waves will break. With your Portals Open, you can easily access the higher frequency scenario of reality. All the possible scenarios will manifest until the 3/4D hologram closes.

YOU have the CHOICE to open your Portals to experience the higher experiences of peace and love.

We are always here to assist you,
The Arcturians

We will return to continue our story of Arcturian Ascension, which we have interrupted to give you the above timely message.