Message from our Galactic Family -- The Arcturians through Suzanne Lie

MESSAGE FROM OUR GALACTIC FAMILY 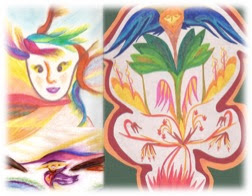 Yes, today, and every day, we, your Galactic Family, have a message for each and every one of our brave grounded ones.  These Grounded Ones who took on an earth vessel during this NOW face great planetary challenge.

We say “Gaia,” rather than Earth because all the Galactic Members call the planet on which you are currently living “Gaia.” We, the joint members of your Galactic Family, are aware of the many challenges that are now occurring to your selves, as well as to your planet.

Part of the reason for these challenges is that there are those in positions of power that are not evolved enough, yet, to realize that Planet Earth is a Living Being, with all the needs and protections that the humans need.

There have been times in Gaia’s history in which Gaia’s Earth was honored and even worshiped by those who lived on Her Planetary Self. Unfortunately, there has also been eras in which there were wars of persons against persons that caused great damage to Gaia and all Her Elementals.

When we, the Arcturians, say, “Lost Ones,” we refer to the many brave ones who left their own fifth dimensional home worlds, such as Arcturus, The Pleiadians, Antares and The Venusians to assist their sister planet Gaia with the great challenge that she is facing within this now.

It appears that the too many humans on Gaia’s Earth have forgotten that Gaia is a living being, just like all the other planets, as well as all the beings, plants, waterways and atmosphere of Gaia’s Earth Body.

Worse yet, because there are too many humans, and too many leaders, who have forgotten their own Higher Dimensional Self, they cannot effectively confront and deal with the MANY harsh challenges that Gaia, as well as all the living beings on Her Earth Body, are facing within this NOW on Earth.

Unfortunately, the “lost humans” (meaning the humans who have lost their connection to their own higher dimensional SELF) are unable to realize and confront the great challenges that need to be resolved in order to assist their dear planetary Mother Gaia to transmute Her Planetary Body into the Fifth Dimension.

However, please remember that, “The darkest night is just before dawn!” And Gaia, as well as the many living beings that Gaia offers as their Home World, are ready to receive the "dawn" of Planetary Ascension into the fifth dimension and beyond.

We thank all of these beings of Light and know that more and more Higher Dimensional Beings will be able to openly visit Earth as the humans begin to remember their true Multidimensional SELF. We, the members of Gaia's higher dimensional reality are ready to assist any person or being that is ready to transmute back into their true fifth dimensional SELF.

Blessings from your Galactic Family