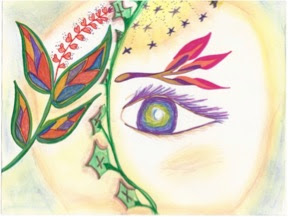 Dear Arcturians,
Do you have a message for us today?

Why would one wish to keep their own Multidimensional SELF a secret from the third dimensional humans that surround them every day in every way? Actually the answer that question is quite simple: the humans do not want to be too different from the other humans. On the other hand, the humans often strive to BE as different as possible.

Before we continue with this message, we Arcturians will explain from our higher, fifth dimensional, and beyond, perspective, how our reality appears to be different from the reality of the third dimensional. First let us identify the three main version of ones Multidimensional SELF.

First, there are the humans who have NO idea that there is such a concept as “a dimension.” For many, many, eons, most of the humans had NO thoughts, understanding,
experiences and/or memories that they had another version of themselves who resonated to the higher frequencies of reality.

The answer is that these Galactics had come from their own Planetary Homeworld in order to assist Gaia with Her Planetary Ascension. However, the psychic weight of most of the third dimensional beings who had chosen to take on the VERY low frequency of a body.

Why did these first brave warriors to Earth choose to take on a low frequency of resonance? They took on the lower frequencies of Gaia’s planetary SELF so that they could assist Gaia to remember that SHE—Gaia of Earth—is the Multidimensional expression of Earth.

Of course, it has been uncountable eons since Gaia made Her great sacrifice to lower Her innate frequency from the fifth dimension, through the fourth dimension, and into the third dimension.

Why did Gaia make this sacrifice? She did so because she knew that she, Gaia, would be needed to become the Homeworld of a humanoid species that needed to live on a third dimensional planet.

Of course, Gaia still has her higher dimensional expressions of SELF, but most humans can NOT raise their own physical resonance, as well as their consciousness, beyond the third dimensional frequency of their “bodies.”

However, Gaia was never too happy about Her lower frequency resonance. But she had promised to lower Her planetary resonance to the third and fourth dimensions so that the “humans” could occupy Her planetary body, known to the humans as Earth.

Gaia did not like the name Earth, but it did make sense for the “then very primitive humanoids.” So Gaia settled into the name Earth. Fortunately, over time, which was noted by the turning of Her planet SELF traveling around the SUN, the humans who were of a Spiritual Reality began to call Earth by Her true name—Gaia!

In this manner, Earth became the name of the planetary orb on which the humans lived, and Gaia became the inter-dimensional Soul name that was the essence, life force and core of the Life Force of the planet called Earth.

Eventually, more and more being came to live on the surface of Gaia’s body. Some of these being living in Gaia’s body, such as the insects, waterways, and many animals, those who traveled on four legs, as well as Beings who lived in the sky, and often made nests on what was eventually called the trees. Over many, many cycles of Gaia’s traveling around what She learned was the Sun, a new kind of being arrived on Her Planetary Body.

Fortunately, some of these beings, later known as “humans,” were king and loving to all that they found on this new, wonderful world. Unfortunately, other beings came from far away places on what they called “Star Ships.”  Some of these early visitors to Gaia were kind to Her Planetary Self.

However, others were VERY unkind and caused great damage to the once pristine planet Gaia. In fact, more and more “humans,” as they were eventually named, came to “Earth,” these destructive ones never called Her Gaia. Gaia was the name of a living, breathing being, and the “humans” only thought of Gaia as a “thing” that they could do whatever they wanted to.

These higher dimensional beings called on the other higher dimensional Beings from Arcturus, Venus, Mars, as well as the Pleiades, and from Antares. Because of Gaia’s call, many beings from many different star systems banned together to assist Gaia to stabilize Her in her quadrant of space.

Eventually, Gaia became a strong planetary being of her own. However, then the humans came and everything began to change. The “two Leggeds,” as the humans were often called, were a welcomed companion for Gaia—at least for a while.

Fortunately, sometimes the human had intelligent and loving ideas about what Gaia needed and how they could it to Her. However, mostly the humans thought of themselves because they forgot their true lineage.

They forgot how they vowed to assist Gaia when they took their incarnation. The humans vowed to think of others and Gaia first, and themselves second. But then, the leaders came into a wanted and undeserved sense of “power over others,” and Power over Earth!”

Didn’t the humans realize that if they destroyed, or even harmed, their planet, they would be destroying and/or harming the beautiful, pristine planet that their ancestors had found long, long ago and treasured Gaia’s Earth as a “jewel” of Love and Light.

It was “the lust for money” that was leading the humans away from the Love and Light that first brought them to the Jewel of Gaia, and made the humans—NOT the protector of Gaia, but instead the ENEMIES of Gaia.

When will the humans learn that if they destroy their planet,
They will have no where to live!

We, your Galactic Family, know that there are still many, many humans who can remember their Higher Dimensional SELF who remembers vowing to the Higher Beings of the Pleiadians, Arcturians, Antarians, and Venusians before they took their present human earth vessel that:

I, A MEMBER OF THE GALACTIC SOCIETY, HAVE VOWED, AND WILL CONTINUE TO VOW