June 20, 2019
Perceptions of the Fifth Dimension
By 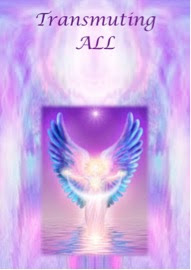 
Dear Arcturians,
Do you have a message for me today?

Yes, we the Arcturians, have messages for everyone on every day. However, dear grounded ones, Earth is a “free will planet.” Therefore, if you want something for Gaia, or from Gaia, you will need to ask.

We see that more and more of our “volunteers to take an earth vessel on Gaia” are beginning to remember more and more. Of course, the memory of a fifth-dimensional message will swiftly disappear from your third-dimensional awareness.

Therefore, we remind you within this NOW to please remember to document any messages that you receive from the higher dimensions. We hear you ask, “How do I know that I have received a higher dimensional message?”

As many of you are aware, the Heart does NOT communicate via words that are said or written. Your Heart is the Core of your life force. Therefore when you “believe,” or “think” that you have received a message from a higher dimensional being, you will suddenly find yourself calling deep inside and high above to connect with these Higher Beings.

How do you experience these Higher Beings? Our answer would be different for different humans, as well as different for the different Galactic Beings. However, before we continue, we would like to introduce you to the most commonly perceived Galactics who are wearing an earth vessel.

We will not give names, as they would only by human names.  Therefore, we will remind you to allow your SELF to perceive your own personal fifth-dimensional frequencies of your own innate Galactic SELF.

Your Galactic SELF may primarily reside on Arcturus, The Pleiades, Venus, Antares, as the many other fifth dimensional realities on which the Ascended Masters and the members of Angelic Kingdom dwell.

We Arcturians wish to remind you that many of you who found, and who have taken the time, to read our messages, are members of these higher dimensional realities. We say “realities” because when you perceive any of these Higher Beings you will likely experience a sudden NOW which appears to stop all third-dimensional “time.”

This NOW of the Higher Beings is difficult to describe too many of our Earth friends because these beings resonate beyond what humans would consider to be “time,” “space,” and most of all, beyond your third-dimensional ideas and perceptions about “reality.”

Humans on Earth who have not yet fully awakened, are still bound to the concept of time and space as it is experienced via their physical self. Your third-dimensional experience of a higher dimensional being is much that same as one who is deep in the water, and may only be able to perceive a human swimming high above them as a wavering form infused with different lights and reflections.

The brighter the light shining on the “swimmer in the water” the more that person will be only a shimmering light that seems to be disturbing the natural flow of the water around them. This type of perception is quite similar to how our grounded ones on Earth perceive the Higher Dimensional Beings—that is if the grounded one can see the Higher Beings at all.

Humanity has been trained, and/or has experienced, from life after life, that their physical world is real, and that the perceptions of their “imagination” are NOT real. This false “truth” was created by the higher dimensional beings, such as the Arcturians, the Pleiadians, The Venusian, and the Antarians.

Unfortunately, many humans have not treated their planet well. Therefore, dear Gaia is in great need of assistance from fifth-dimensional beings who “clean up” the mess that humans are creating on Gaia. Of course, the Galactics cannot interfere too much with Gaia’s planet yet, as Earth is a free will planet. Gaia chose to be a planet on which Her most evolved beings could be aware that the planet on which they lived was a living being.

Fortunately, more and more humans are beginning to awaken to their innate “higher thoughts and feelings” that have been latent within their personal earth vessel for many incarnations.  The reason why the truth about Gaia has not been openly shared is, again, because the “power over others” humans only care about their own physical self.

Fortunately, more and more humans are beginning to have, and hopefully share with others, their “Inter-Dimensional Experience.  We, the Arcturians are now speaking through many different human “channels.” These “channels” are awakening and have awakened humans who have are in the process of remembering their own Higher Dimensional SELF.

In fact, many humans often have many Higher Dimensional expressions of their Multidimensional SELF and more and more humans, are beginning to have higher dimensional experiences. At first, they may seem almost embarrassed and/or afraid of judgment from others who are not yet able to awaken to the higher frequencies of reality.

But now, we, the members of Gaia’s Galactic Family, are observing that more and more grounded ones are sharing their Interdimensional experiences.  “Why is that?” you may ask. The answer is quite simple. More and more of our brave Galactic Family members are choosing to take on the great challenge of wearing a third-dimensional body to take another incarnation on Earth to assist Gaia.

The answer is: IT IS THE NOW! It is the NOW of the “awakening” for our brave Arcturian, Antarian, Venusian and Pleiadian volunteers who took a human, third-dimensional earth vessel in order to assist dear Gaia with her Planetary Ascension.

“When does “Planetary Ascension” begin?” we hear you ask.

Planetary Ascension begins when 51%, or more, of the Beings on Earth, begins to perceive the increasingly opening Portals through which fifth-dimensional energy fields can flow. The fifth dimension is free of the “time and space”and has an Operating System of Here and NOW.

When this new Operating System “comes online” your physical, third-dimensional world and reality will experience more and more changes. This “changes” are actually “transmutations.” A change is something that often remains in the third and lower fourth-dimensional operating system, but there is an AWAKENING that is beginning to begin!

Within the Third/Fourth Dimensional Operating System, everything is ruled by “time and space.” Of course, since one can only perceive the reality that matches their frequency of consciousness, only those who are expanding their consciousness into the higher dimensions will be able to embrace the higher fourth and fifth-dimensional frequencies.

Why can’t you perceive your Multidimensional SELF? The answer is, YOU DO perceive that SELF, mostly because you do not believe you have a Higher SELF. Your beliefs have great power. Ask any artist, performer, teacher, coach, etc. who is familiar with the constant challenge to allow yourself to recognize, accept, embrace, and follow the unconditionally loving messages that are sent to you every day, in every way!

Humanity has been “brainwashed” to look at what is wrong with them. Then they need to “get better,” “learn more,” “be a better person,” or “make or money and have more success.” This brainwashing has occurred for many millennia by the “power over others” rulers.

Yes, many of our grounded ones need to “get better” about releasing fear and remembering love. Yes, some, in fact many, grounded ones have forgotten to look inside for the many innate skills and knowledge that they have hidden from—mostly due to poor self-esteem.

The beloved members of Gaia’s Earth within this difficult time of great transmutation are beginning to be able to perceive the beauty, love, light, kindness and service that they are beginning to wish to give to others.

We, your Galactic Family, want you to know and remember that YOU are a Multidimensional Being who has taken a third-dimensional earth vessel to be able to give your ultimate service to the healing and transmuting of Gaia into Her innate fifth-dimensional Planetary SELF!

Blessing from the Arcturians and ALL your Galactic Family
Through Suzanne Lie
Posted by Suzanne Lie at 11:14 PM