3-21-19
BELIEVING YOUR INTER-DIMENSIONAL SELF 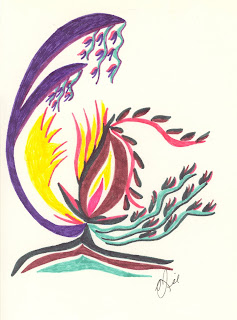 
We Arcturians, along with our dear friends the Pleiadians, always have messages for, our volunteers to take earth vessels. Our volunteers have been taking earth vessels for many millennia now, and are ready to assist humanity with their planetary transition/transmutation back to their Home Worlds in the higher fourth and fifth dimensions.

In fact, more and more of “the volunteers to assist Gaia” are remembering they're higher fourth and fifth-dimensional incarnations, as well as their multidimensional "Galactic Soul.”

Earth, also known as Gaia, is a very special planet, in that Earth, or “Gaia,” which is Her planetary ascension name, is aware that the process of “return” is soon to begin. Of course, “soon,” via Earth time is very different from “soon” via our galactic time.

Within the ever-present NOW of the fifth-dimensional realities, “time” simply means “NOW.” Your seemingly different animals and birds know where to sleep, where to find food, how to build a nest or prepare a cave for their habitation, who to trust, and why they should trust them.

Unfortunately, too many humans have forgotten how to read Gaia’s elementals of Earth, Air, Fire, and Water in the manner that the “primitive ones” could read/interact with Gaia.

Why have humans lost this innate ability? Because they forgot! Humans forgot that all of Gaia’s reality is alive. Therefore, many humans forgot that ALL of Gaia’s Earth, Air, Fire, and Water need to be treated as if they are family—which of course they are.

ALL of Gaia IS the human planetary family. Unfortunately, too many humans, the very ones who are offspring of their galactic lineage, are treating Gaia the same way that the “lost ones” of long ago treated Gaia.

It is within these higher frequencies of reality that Gaia and Her inhabitants can return to their full Multidimensional, Galactic SELF. In fact, more and more of “the volunteers to assist Gaia” are remembering their higher fourth and fifth-dimensional incarnations.

Yes, dear ones, you have many incarnations within the Higher SELF of your “Galactic Soul.” Earth is a very special planet, in that Gaia, which is Her planetary ascension name, is aware that the process of “return” is soon to begin.

Of course, “soon” via Earth time is very different from “soon” in our galactic time. Earth time is created (created by the humans) as a means to stay in touch with each other, get to work on time, get the kids off to school on time and to know when it is “time” to go to bed or wake up.

ALL of Gaia IS the human planetary family. One of the reasons why humans forget this fact is because of their third-dimensional perspectives of reality is limited. Fortunately, the “Silent Support” of one’s Inner SELF helps them to remember “something” that keeps them searching until they find that which is calling them from within.

“How will their Inner SELF help them?” you may ask. The answer is that one’s INNER Voice will help them to remember their Mission, which is their reason for taking an incarnation within this NOW.

More and more humans are beginning to AWAKEN to a vague, or perhaps a strong, memory, feeling, voice, image, that is calling them to look/feel deep inside their imagination, their love, their mission, and their greatest challenges.

One may not understand exactly all that AWAKENING entails, but they likely will recognize the feeling of an inner message that is calling them to “pay attention.” “Pay attention to what?” is a common response. The answer to that question is to “Pay attention to the inner messages that seem to be coming from higher Beings, that you somehow realize are fifth dimensional or beyond.

Once they realize that this message is, in fact, a Multidimensional Message, likely from a higher dimensional aspect of their own Multidimensional SELF, they are confronted with the Inner Reality that they are preparing for the next stage of their RETURN  to SELF.

As they move through, remember and realize that they are Multidimensional Beings, they begin to remember how, and from where, they volunteered to take a human earth vessel to save dear Gaia from destruction.

The problem/challenge is that once they realize their true, Multidimensional SELF, they are faced with the challenge of how to incorporate these higher dimensional frequencies into the  “Conscious Awareness” of their physical SELF.

Most of you have been trained in your third, and even, fourth-dimensional frequencies of SELF, to think that you are “just humans from Earth.”  However, whether or not you are ready, many of you are awakening to the “Reason for this current Incarnation.”

You are beginning to remember your “Reason for Incarnation,” because you are aware enough to recognize the urgency in which you MUST address the great damage that humans have done to poor, beloved Gaia.

Perhaps this experience occurred during a dream, a peak experience, and/or the memory of your Higher Dimensional SELF, but in every case, whether you know it or not, you ARE ready to expand your consciousness, as well as your conscious identification of your SELF.

By “perceptual field” we mean the perceptions of reality that each of you believes is “real,” and not just “a dream,” or just your “imagination.”  If you had 10 windows, but eight windows were covered with a heavy curtain, you would have a “restricted perceptual field.”

In other words, you would know that there IS something OUT there that you cannot see because you have limited your belief in your potential to “open that curtain” and allow the LIGHT to enter. Whether you remember it or not, all of our volunteers to assist Gaia have been called to remember and share the higher dimensional truths that they have been receiving.

You receive these messages in many different ways, such as hearing, seeing, experiencing, dreaming and/or using the great power of your IMAGINATION. It is your “imagination” that allows you to expand your brain beyond the limitations of your “outer indoctrination” of, “ How do you know that?  What a crazy thing to say? What is wrong with you?” comments.

Of course, less and less humans are doubting and judging those who “believe,” “perceive” and/or “remember” their higher dimensional experiences. These higher dimensional dreams, ideas, memories, goals, and services to others, are awakening the concept that “there is MUCH more to our reality than we have been aware of.”

In fact, more and more people are becoming aware of “a reality” that comes into their dreams and imaginations which is based on Unconditional Love and Divine Light.  Some people may be frightened that they could perceive a higher dimensional reality.

Therefore, because they are afraid, their consciousness is too low for them to open their Third Eye and High Heart enough to enjoy these higher dimensional perceptions. However, those who cannot imagine a higher dimensional reality, will not be able to perceive it by fully awakening to the messages that are WITHIN themselves.

Often, these experiences and messages seem far above humanity’s perception. However, if one can let go and let love for all life enter their consciousness, their perceptual range will begin to encompass the fifth dimension.

However, the memory of their own Higher Dimensional SELF can only occur when one loves themselves enough to believe that they could be a higher being resonating to a higher frequency of reality.

Often the reason for this forgetting is because they all had to lower their consciousness in order to wear a third-dimensional earth vessel. “Why would they do that?” those who forgot may say.

We will tell you that it was a great sacrifice for our fifth-dimensional warriors to reside within a third-dimensional vessel. However, they volunteered to do so because they could more directly communicate, and assist the lost ones to remember that they had also taken a lower frequency vessel in order to assist Gaia with Her Planetary Ascension.

These brave Galactic volunteered to assist Gaia to expand Her energy field to encompass the higher frequencies that resonate to the higher fourth and fifth-dimensional octaves of reality.

Yes, Gaia does resonate to the fifth dimension, but one’s third/fourth-dimensional consciousness cannot perceive that frequency of reality. However, as humans remember their true, Multidimensional SELF, they will regain their memory as well as the conscious awareness of their higher dimensional realities on the fourth, fifth and beyond dimensions.

Dear Gaia tires of restricting Her Planetary SELF to the low resonance of the third/fourth dimensions. Gaia, as well many other beings on Earth, are realizing that, if they can open the “curtain of forgetfulness” they will be able to perceive the fourth, higher fourth and fifth-dimensional octaves of Gaia.

Think of a huge Hotel. When people come to visit this “Earth Hotel”, they can decide what dimension of reality they want to “check into” in that upcoming incarnation. So often humans only think of themselves as “alive” when they are wearing a third-dimensional vessel.

The truth is that ALL humans are Multidimensional. Therefore, they can experience any reality that they wish by matching the frequency of their consciousness, and thus perceptions, to resonate at the frequency of the many different frequencies/version of any given reality.

Therefore, their perceptual field is limited to the lower dimensional perceptions of the third and fourth dimensions of reality. The problem is that many humans, if not most humans, can only perceive the frequency of reality that they are able to accept into their consciousness.

Humanity has learned and has been trained, to only perceive that which they are ready to perceive. Therefore, if they do NOT believe that perception is REAL, they can wipe it from their memory.

On the other hand, if one can allow the great power of their innate “imagination,” they will be able to expand their perceptual field into higher and higher frequencies of reality. We, your Galactic Family, are supporting you in your “memory of your Multidimensional SELF.” If you have doubt in your ability to expand your perceptual field, please contact us.

We WILL answer your call, but only if YOU are ready to believe that you are receiving a multidimensional and inter-dimensional message.

We are HERE in your NOW. All you need to do is to BELIEVE YOUR SELF!