Identifying First Cause by the Arcturians through Sue Lie 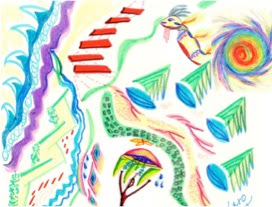 By the Arcturians through Sue Lie

Immediately after I wrote the above Blog, Inner Reflections on 11-30-16, I received this message from the Arcturians:

Beloved Ascending Ones,
We the Arcturians are within your NOW to assist you, our brave ascending ones, to move through your ever-expanding transition. First, we invite you to allow your body to feel the fatigue of your hyperactive mind.

Your mind is so active because it is trying to adapt to the higher frequency of light, which is always information. Your brain is accustomed to translating third and, if your consciousness is expanded, fourth dimensional information.

We are happy to remind you that, within the NOW, many of you are in the process of transmuting your third/fourth dimensional, space/time brain into your fifth dimensional, Here/Now Multidimensional Mind.

To assist you to better “experience” this ongoing transmutation, we ask you to:

NOW, center your awareness on your High Heart to regain the innate Wisdom, Power, and Love that resides within you…

It is easy to forget about this birth-gift while you are in the ongoing process of transmutation into your higher dimensional expressions of SELF. We remind you that your Heart Chakra is encouraging you to document the messages you are receiving.

Before you document your experience, it is helpful if you FEEL the higher frequency of this information.

Therefore, take a long moment to relax and align the flow of Light within your Spinal Column…

Fortunately, more and more of you are able to feel how the warm light of the Kundalini is more easily flowing up your spine toward your Heart Chakra…

As the Kundalini fully enters your Throat Chakra, you may feel a call to channel messages from your Higher Self through your voice…

The blending of your Third, Fourth and Fifth Chakras is preparing you for the many possible changes that you will NOW be able to sense, document to better understand, and share with others…

Changes will continue to occur within your body, as well as within your reality, as your Kundalini rises up to connect with the Higher Light entering your Crown Chakra…

It is this Crown Chakra connection with the higher light that activates the connection between your Multidimensional Mind and your third/fourth dimensional brain.

When you are connected to your Multidimensional Mind, you will feel a call to express your Galactic SELF via art, stories and information that you will be led to share in the manner you chose before you took your current Earth Vessel.

It is almost the NOW for the manifestation and your New Life.

Are you ready to let go of some aspects of your life so far?

We hear you ask, “What is it that we need let go?”

You will begin by identifying “First Cause.” We define First Cause as that which creates the first thoughts and emotions that bond together to create the “First Concept.” To change a behavior, you must start with the conception of that which caused that behavior.

The conception is what thoughts and what emotional reactions created, accompanied, and/or arose from that conceptual thought. We are not using the word “concept” as just an idea. We also use it conceptually, as in the ability to conceive.

When you ponder, think about, share, feel, and remember other similar creations in which you attempted and completed this task, the conception becomes filled with emotional memories.

At first these conceptions “play” like children. They get to know each other and “share their toys.” But what is a “conception’s” toy? Of course, the toys would be the physical manifestations of that conception.

Therefore, that which was once a thought that intermingled with an emotion transforms into a possible physical manifestation. Within the core of this possible reality is the original conception.

These grounded conceptions intermingle with other grounded conceptions to create “off springs” from the initial “root” that set out to find more of its kind. Please think of these “roots” more like “search engines” on your computer, in which “bites” of information inter-connect when they find that for which they are searching.

Were you aware of how your thoughts and emotions take on a life of their own to create a reality of their own?

Do you, the creation, have “control” of this creation/reality? The problem is that most of the human creators of these “conceived conceptions” are NOT aware that they created, or even conceived, that which became a reality.

Many humans have NO concept of how their random thoughts and emotions can take on a life of their own to become ideas that grow, seek out other ideas of the same makeup, and create a reality.

Do you understand now why you must be the Master of your every thought and emotion?

“Oh,” we hear you say, “if that happens at all, it would just be on a cellular level.”

Yes, of course. But remember that ALL life once began on a cellular level.

“Oh,” you say, “that is no problem, as it will take a LONG TIME before those concepts travel across SPACE to connect with each other and grow.”

However, we the Arcturians, must remind you that Gaia is expanding beyond Her third/fourth dimensional matrix of Space/Time and moving into Her fifth dimensional HERE and NOW.

Within a fifth dimensional reality, nothing takes “time” to be created, and everything fills every conceivable HERE within that NOW.

What we are reminding you is that Gaia’s old 3D/4D Matrix is disconnecting from Her planetary body because its frequency of resonance is too low to maintain any connection with the body of Gaia’s impending, fifth dimensional planet.

The humans, whose consciousness is limited to the resonance of the third and lower fourth dimensions, are completely unaware of all that we have shared so far. In fact, if we were to try to tell them, they would not—could not believe it.

Also, they would not—could not—even hear our higher dimensional message because their consciousness, and thus their thoughts and emotions, is trapped inside of the fear that they were trained to wear. We are sorry that so many humans where trained to wear fear, but that training has been going on since the fall of Atlantis.

We also regret to say that those who are lost to their fear have unconsciously bonded with the 3D Matrix, which is Gaia’s 3D, and lower 4D, “frequency net” that was created by the dark ones to contain and control any person, place, situation or thing that they could.

Just as those who are trapped in fear, the creators of the fear are also trapped in the 3D Matrix, they created in order to “trap others.”

This situation worked well for them as long as there was time and space. While there was time, they could create fearful situations that occurred “all the time” and in “every space over which they could maintain control.”

However, within the fifth dimensional HERE of the NOW, there is NO Time and NO space. Therefore, there is no separation between the “ruler” and the “ruled.” Also, the “ruler” does not have a delay in time between what they send out and when it comes back to them.

Hence, within the exact NOW that the Dark Ones send out their fearful, energy fields, they instantly experience the exact fear that they think they had been sending out to others.

Because there is NO SPACE between the one who sends the fear and the ones to whom they fear is being sent, the sender’s instantly experience the fear that they thought they were sending out to others.

Because the former receivers of fear have expanded their consciousness into the fifth dimension, they can instantly recognize the fear-coated message and use the Violet Fire to transmute that fear into unconditional love.

The fifth dimensional Violet Fire and Unconditional Love create a deep feeling of Unity Consciousness with all life. The Lost Ones who live via “Power Over Others,” see no benefit in Unity Consciousness because they cannot yield any “power over” someone who is totally united with them.

Fortunately, the children of the Lost Ones are not as lost. More and more of that generation is interested in experiencing the Power Within that others of their age group seem to be experiencing.

In fact, they do not have the longing to have Power Over Others like their parents because they have been the recipients of their parents’ and elders’ “power over” them. They are also seeing how their friends whom are finding their Power Within are much happier.

They are even noticing that the Power Within that some people of their generation are displaying is very unusual, and enticing. They are also discovering that those who have embraced their own Power Within are developing an ability to create, conceive and share with others a type of manifestation that even their most powerful authority figures do not recognize.

The new generations of the Lost Ones are not as “lost” because they are “finding” in others of their generation a deep camaraderie and sense of shared purpose. Better yet, they get to choose their own purpose, instead of “standing in the shadow” of the others who have power over them.
Fortunately, the Lost Ones are so “lost” in their selfish sense of Power Over Others, that they do not recognize that they are beginning to lose “power over” their own children.”

Since the parents can only function within the format of the 3D Matrix, they cannot perceive the deep transformation that is occurring within and on planet Earth. In fact, their arrogance even blinds them to seeing the transformation within their own children who are quickly advancing into young adults.

Meanwhile, deep inside of Gaia’s Earth, fifth dimensional conceptions are joining to create an inner infrastructure by setting up, organizing, and arranging the groundwork for the basis of a new planetary foundation. Basic organizations, systems and collective services are being manifested at a cellular level, and manifesting in what appears to be NO TIME at all.

Simultaneously, the arrogance of the separate rulers who have Power Over Others, keep them so busy fighting amongst themselves about what is changing, that they cannot, and will not, acknowledge that their need to maintain Power Over Others is the cause of their problems.

Hence, they maintain their task of creating fear as a means of control OVER others. Because they are so busy maintaining their past, they are losing their own inner power, as well as their Power Over Others.

Power over others can be, and has been invisible. However, the growing Unity Consciousness of Power Within is becoming increasingly visible.

Also, whereas Power Over separates, Power Within UNITES.

We, your Galactic and Celestial Family, invite you to UNITE with us as you simultaneously UNITE with Gaia. In this manner, we will create a fifth dimensional Matrix of Light that we will develop within the HERE of the NOW.