A PEEK INTO THE FIFTH DIMENSION 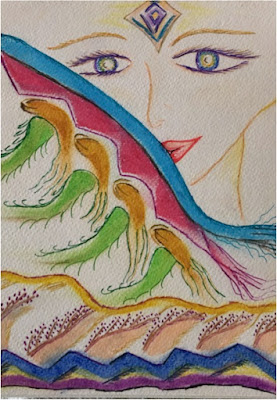 By The Arcturians through Suzanne Lie

A prototype is defined as: “An original or first model from which other forms are copied or developed.” Hence, your transmutation into your Lightbody SELF is an early example that will be used as a model for what comes later.

In fact, you (if you have volunteered before this incarnation) are someone who has offered to “test the equipment” for transmuting your third/fourth dimensional Earth vessel into your fifth dimensional Light vessel.

What we mean by the above statement is that you remain fully grounded, eat the right foods, exercise your body, and get a “spotter.” A Spotter is someone close to you who can keep track of you without having any judgment or fear. Some people may be afraid of your changes and will judge you because they are frightened. Hence, it is best to focus on the third dimension as your baseline.

When your consciousness has expanded to include the resonance of the fifth dimension, your thoughts and emotions will resonate to a sense of purity and innocence that is difficult to maintain in your third/fourth dimensional life.

Therefore, whenever you experience the NOW of Unconditional Love and/or Multidimensional Thinking, you are “peeking into the fifth dimension.”

Many of you are experiencing more and more sensations of this fifth dimensional reality, as well as feelings that are almost too intense for your physical body to maintain. These feelings and sensations come in waves, which allow you to experience and gradually adapt to each wave of this energy.

An energy-wave of these sensations is much like dipping your body into very cold, or very hot, water. You want to go into that “water,” but you need to allow yourself time to get used to something which, at first, feels very shocking.

However, as you become accustomed to it, that “new sensation” becomes more and more natural. When you experience these new sensations, you are gradually adapting to your fifth dimensional Lightbody.

Thus, these sensations occur because, when you enter the resonance of the fifth dimension, all of your neural messages, as well as the functioning of your heart, lungs, visual, auditory, tactile, all of these components of your awareness, are suddenly calibrated to a higher frequency of contact.

What we mean by “higher frequency of contact” is that you are contacting a frequency of reality which you have seldom experienced since you first took an Earth vessel. Your innate fifth dimensional self, who volunteered to take an earth vessel to assist Gaia, was a Lightbody.

Your fifth dimensional “Light-body Self” has been maintaining a connection with your third/fourth dimensional “Earth-body” self. Thus, whenever your 3D/4D physical self is consciously interconnected with your 5D Lightbody SELF, you can receive and understand your higher dimensional perceptions and experiences.

Your fifth dimensional light-body is much like a huge house with many passageways, tunnels, stairways and windows, which are actually portals. YOU have been activating these portals by the combination of your Unconditional Love and Multidimensional Thinking.

Let us again explain what we mean by “portals.” We have spoken of an inner stairway.
http://suzanneliephd.blogspot.com/2016/07/7-28-16-preparing-for-first-contact-by.html

We NOW ask that you use this inner stairway to expand your sense of self beyond that third dimensional vessel to include your true inter-dimensional Lightbody SELF.

As your third/fourth dimensional memory expands to include your fifth dimension and beyond memory, you can consciously choose to climb your personal Inter-dimensional Stairway.

Both of these concepts represent your personal choice! Whether you are going through a portal or up a stairway, you are consciously choosing to make a transition that YOU have chosen to make within this NOW.

Dear volunteers to be the prototypes of the new human, we the Arcturians remind you that you asked to assist with the process of transmuting your physical body into the octave of your fifth dimensional Light-body.

What you will realize as you move through your process is that you have been doing this all your life, you are also doing this in your many simultaneous, parallel and alternate lives. During all of your many incarnations on Gaia, you have been in preparation for this moment of planetary ascension.

There have been few of these Masters, with many years in between incarnations. When these Masters still held an earth vessel, the frequency of Earth was far too low for them to maintain a resonance on the planet.

What will be occurring is that you will be contributing what you are experiencing to Gaia. Within that NOW, Gaia will have similar experiences, which She will share with all Her inhabitants. Consequently:

It is your Unity Consciousness with all life, working as ONE, that you will assist YOU to remember…

Free Audio of This Message 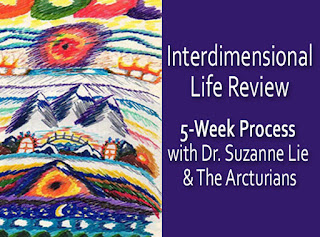 Welcome to our in-depth 5-week process!

We will be guiding you through 5 weeks of the
Interdimensional Experience (IDE) exploratory process.
Follow along with weekly blog posts that will guide us
through each of the stages of our lives.

If you are seeking an integrated and intimate experience,
please join us for a three-webinar series:

All Webinars Occur at The Following Time:

Lecture Fee: $55.00
If you are unable to attend live, we welcome you to go ahead and register, and you will receive the recording.

P.S., as a BONUS for ALL registrants, we are pleased to offer a free learning package FREE in appreciation for your attendance and registration!
Learn More and Register
﻿