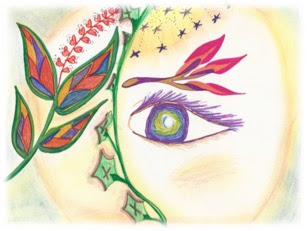 CHAPTER FIFTEEN
Being An Agent For the Arcturians

Greetings, We the Arcturians wish to share a message with you within this NOW. We see that many of you are being awakened in a manner that you can better remember your nightly meetings with your higher expression of your SELF and, also, your night body meetings with us on our Ships.

Sometimes, such as in this case with Suzille, you can wake up with a memory of what you learned during your visit. In fact, on July 6, 2016 Suzille woke up hearing, we the Arcturians saying,
“In this manner you will be ‘An agent for the Arcturians.’”

She grabbed her journal and started writing before she lost the message. The message continued with,
“What does it mean to be an agent for the Arcturians?

Being an agent is not about what you do. It is about who you are…

When you are an agent for the Arcturians, or the Pleiadian, or any other members of your galactic or angelic family, you are “on call for active duty! On call for active duty” means that you walk your talk and do that which you hear inside your higher states of consciousness.”

In other words, you, your consciousness, and your actions are attuned to receive, accept, and perform the inner instruction that you are getting from your Higher Self and/or from any fifth dimensional and beyond being with whom you have an alignment.

With the higher light embedding itself deeper and deeper into your physical body, your thoughts, emotions, actions, and questions, are becoming increasingly inter-dimensional. By inter-dimensional, we mean that your inner information is arising from a higher and higher frequency of reality. Also, the higher the frequency, the more deeply the information travels into your core.

Remember, in order to flash into the Lightbody of your true nature, you must remain deeply grounded in the core of Gaia’s planetary body. In this manner, you can join the increasing momentum of all life’s transmutation into a higher frequency of resonance.

As you awaken more and more, you gradually realize what a wonderful planet Earth is. You also realize how harshly Gaia has been treated by many of Her humans. Of course, the “cleanup of Gaia” will NOT occur for the ones who made the mess, which is primarily the Dark Ones.

Therefore, you will not get into a spaceship to fly to New Earth. Instead you will need to expand your consciousness into the fifth dimension. Then you will increasingly get “glimpses” of New Earth via your inter-dimensional perceptions of Clairaudience, Clairvoyance, and Clairsentience.

However, as soon as even one person holds any ill intentions, the Ship will raise its frequency back into the upper fifth dimension. We do so because we have NO intention of frightening the sleeping ones or being a target for the dark ones.

Therefore, we usually keep our resonance in the mid- and above sub-planes of the fifth dimension. When we see a group that is filled with unconditional love waiting outside to see us, we may or may not lower our frequency.

From the group perspective on the third/fourth dimensions, it may appear safe. However, we can easily perceive the cloaked dark ones or the non-believers who would be greatly frightened.

Our intention is to communicate with humanity largely through the representatives who have worked with us for many years. Since we already have an “inter-dimensional relationship” with these humans, they are aware of the role they chose before they took their current incarnation.

When one is already clairaudient, they will hear us, and will “take dictation” from us regarding the information that we are sending them. Those who are primarily clairvoyant can perceive our Ships, but may not yet be able to communicate with us.

Then, there are those who are primarily clairsentient. They can feel our presence very strongly but may not be able to hear or see us. Fortunately, as you all transmute your consciousness and perceptions into the fifth dimension, you will be able to actively see, hear, and feel our presence.

Then, after your first fifth dimensional perceptions are somewhat mastered, you will slowly, or swiftly, gain mastery of your other expanded perceptions. Because of your dedication to take in and ground the higher light, your remembrance of your innate higher perceptions are coming more “online” in your daily life.

Furthermore, whereas humans once had to fast, meditate and study with a Guru for long period of your time, NOW many of you are feeling the Kundalini rising up your spine to activate all the innate qualities that you were born with, but forgot.

As your consciousness increasingly expands into the fifth dimensional NOW, there will be NO “time.” Therefore, you will no longer experience the feeling of “waiting for IT” (whatever “it” is) to come into your perceptual field.

As your consciousness increasingly resonates to the fifth dimension and beyond, that which you have waited for during uncountable years, and lifetimes, will instantly be HERE in the ONE of the fifth dimensional NOW. And, what a glorious NOW that IS!!

Many of you can perceive energy fields, which are actually “pockets of the fifth dimensional NOW,” in your daily life. Often you try to translate this information into your third/fourth dimensional perceptions, but it does NOT fit.

You are so tired because you are trying to perceive and climb that mountain with your third/fourth dimensional consciousness. Fortunately, as you try, try and try again, you will understand that you are using your third dimensional time/space operating system to climb a fifth dimensional mountain.

This transition from “must” to “love” may be long and rather arduous, but you will be able to clearly examine the parts of your third dimensional life that no longer work for you. Then, your fifth dimensional perceptions will come online so that you can actually see, hear and/or feel the life force in every rock, drop of water, tree, cloud and ALL life.

It is then that your third dimensional illusions will begin to fall away because your awareness has revealed the truth that you had to “work so hard” to find in your physical reality. As you all know, illusions are everywhere in your familiar third/fourth dimensional reality.

Fortunately, your innate, unconditional love for all life will instantly determine that which is actually fifth dimensional, and you will “soak up this unconditional love” like a planet in great need of water.

Therefore, be patient and be sure to give your self lots and lots of unconditional love. As you continue to “love your self unconditionally,” your fifth dimensional perceptions will begin to come online in your daily life.

The unconditional love within your High Heart will remind your inner fifth dimensional SELF that you could not have that perception in the fifth dimension yet because it resonates to a totally different operating system.

Fortunately, every “time” that you “catch a peek” of the fifth dimension, you will feel a bit more confident. “Maybe this reality is REAL, and I am perceiving a frequency that I have not experienced since I left the Ship?” you exclaim to yourself.

Then, the fifth dimensional Ship, as well as the life you have on that Ship, flashes past your mind screen.

“No way,” your third dimensional self replies.

Then, just before you decide to just forget it all and go back to work, your High Heart begins to pulsate and shine into your aura, beyond your aura and expand to encompass your entire area.

“What is this?” your third dimensional self cries.

“This IS HOME!” whispers your fifth dimensional SELF.

It is receiving that simple message from your own fifth dimensional self that makes you “An Agent for the Arcturians!” Therefore, say that message again and again.

Look up into your sky and say, “This IS HOME!”

Look deep into the water and say, “This IS HOME!”

View your neighborhood and say, “This IS HOME!”

Look into faces of every human, as well as your own face in the mirror and say,

Being an Agent for the Arcturians means that “YOU are HOME”
And wherever you look is the HOME that YOU have CREATED.

It is in this manner that YOU can transmute your third/fourth dimensional reality
BACK into the fifth dimension reality that was ALWAYS THERE!

Blessings, we the Arcturians and the Pleiadians are with you on your journey.
Call us and we WILL answer.


If you need help to find us, just look into your Heart.

HOW ARE YOU AN "AGENT FOR THE ARCTURIANS?"
It would be great if you share your answers in the comments section.
Posted by Suzanne Lie at 9:48 AM