Pleiadian Ascension 4 - Only If You Believe It 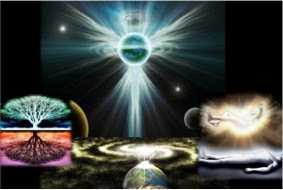 Only If You Believe It

MYTRE SPEAKS:
It appears we may not be leaving for Earth any time soon. Yet, isn’t time extinct in a fifth dimensional reality?

“Only if you can BELIEVE it?” responded the ever-present voice of my higher expression, the Arcturian.

I had finally come to terms with the fact that I actually do deserve my higher expression to be the Arcturian who has been my guide from the beginning of the journey. Why had I resisted that fact that I was the Arcturian?  What, no answer from the Arcturian voice? I guess my humanoid needs to take some credit too.

“We agree,” spoke the Arcturian.

Ah, the inner voice returns to confirm that I have figured it out for myself.

“The voice never leaves. How can I leave if I am you? Are you thinking third dimensionally again?” teased the Arcturian

Yes, of course. My higher expression can never leave. In fact now that we are fifth dimensional, leaving does not mean, “gone” instead, leaving means that some person, place or thing is moving away from our dominant state of consciousness. Whenever we wish to return to that experience of reality, all we need do is to simply focus our attention and intention on the light codes and matrix patterns of that reality.

In fact, creating our matrix for the Temple and our community are the manner in which our friends, the chosen Divine Complement couple from the future timeline of Pleiades are assisting us. When they are united into one, androgynous being they are called Shinarius, with Shinara being the female and Shinar being the male.

“On the other hand, where your third/fourth dimensional biological computer, known as your brain, was programed to archive fear-based emotions so that you would not become overwhelmed from all the fear around you. Thus, if ever you could move beyond your fear for survival, often known as depression and/or anxiety, you could pull up these files and erase them.

“Unfortunately, files at that frequency became very corrupted and they could not be fully released until they were re-coded. Thus, often it was better to leave many fear-based files deeply archived rather than to pull them up through the system where they may taint other files with the infectious element of fear.

“However, most of us, such as ourselves from our advanced Pleiadian timeline, have volunteered to assist in lower frequency timelines who are ready to ascend into a higher frequency of their multidimensional spectrum. Also, many of us volunteer to assist with the stabilization of a threshold fifth-dimensional reality, such as your situation. Hence the Elohim Alycone, as well as the Arcturian, and our SELF are assisting you until your community becomes stabilized.”

“Yes,” I replied, “I remember when I first transmuted into a fifth dimensional form on the ship. I still had a lot to learn, but fortunately, I had the Arcturian to assist me. Little did I know that the Arcturian was a higher expression of my Multidimensional SELF? No wonder the Arcturian seemed to show up wherever and whenever I needed some guidance.

“I will need to find a way to send that message into the consciousness of the newly ascended ones in our community. Already, there are hints of fear and descent. If we do not quell them then the frequency of our reality will drop out of the fifth dimension.”

“Yes,” replied the androgynous being Shinarius. “In fact, the purpose of ascension onto a threshold fifth-dimensional version of reality is to fully integrate the multidimensional biological computer into the light network of the lightbody.

“Unfortunately, many of the members of a newly ascended community may not be aware that they are actually living on the threshold of the fifth dimension. This lack of awareness is true for about three fourths of the members of your community. If we do not change that percentage to 51% soon, your community will begin to sink back into the third/fourth dimension and into the hands the invading Draconians.”

“Speaking of Draconians,” I said, “Franquoix has created quite a stir in our camp. I fully understand that we cannot hide in this fifth dimensional world. We must address the issues from which we have been running and learn to love everyone unconditionally. The release of all fear is the purpose of a threshold fifth dimensional world such as ours, as well the New Earth we will also be assisting.

“I understand now why Mytria and I had to consciously participate in the ascension of our Pleiadian community before we could completely assist Gaia. Now Mytria and I are both aware that our mission here is to stabilize the threshold reality by assisting the members of this community to clear all experiences and memories of fear. This experience has taught us that it is one thing to ascend to the fifth dimension, but another thing altogether to stay there!

Shinarius returned to two beings of light, as Shinar said, “Shinara will quietly move through your Violet Temple and assist there, while I will blend with your community and give assistance to those who need and can accept it. We have the ability to present ourselves to each person in a manner that they will instantly trust us. Then we can silently align them with their personal fifth dimensional matrix while we also answer their questions.”

At this point Shinara went to the Temple and Shinar began to intermingle with those in the temple grounds. Our entire community was here now to give comfort to each other and to create the necessary octave of unity consciousness so that we could maintain our fifth dimensional resonance. I could see that Shinar went first to the very people that I had seen were having the most difficulty to give them personal assistance. I knew that Shinara was doing the same inside of the Temple.

In the same manner, the Arcturian and Shinar are assisting Almon and I to guide those staying on the temple grounds. Since Almon’s death and rebirth during the raising of the Temple he has become a new person.  He no longer feels as though he is my dark-side because he has discovered and is using his own inner light.

Just as Alycia will take over Mytria’s position as the Keeper of the Violet Flame, Almon will take over my position of leadership of the community. Once that shift is completed, Mytria and I will return to the distant future to assist ascending Earth.

I was thinking that I would visit Franquoix as soon as the sun rose when I felt him standing behind me.

“Did you want to talk with me?” he asked.

I turned and invited him to sit or stand beside me.

“I am glad you telepathically determined that I wanted to talk with you. Have you always been this telepathic or is this a new skill since your ascension?” I asked.

“I have long communicated in this manner, and I do not understand what you mean by ascension.”

“By ascension I simply mean that you, too, have expanded your consciousness into the frequency in which you can experience this frequency of reality.”

“Yes, that is what I suspected,” was his only response.

I decided to jump into the core of the issue, since he likely already knew what I wanted to say, “As you are obviously aware, some of the members of our camp are having difficulty in releasing concepts of separation into friend vs. enemy.”

“I, too, am having that problem. However, you are different.”

“Yes, I come from a future in which Draconian and Pleiadian are united in what we call the Galactic Federation. In fact, I have served with and developed deep friendships with many Draconians. Therefore, I have no fear, and hence, no anger towards you.”

“I feel that,” replied Franquoix. “When I feel their fear towards me it makes me angry, but I am trying to resist that old response. I was unfamiliar with the title of ascension, but the concept has been long studied by our people. However, only those who have chosen to learn the ancient texts are aware of it in my modern world.”

“There are no mistakes or accidents in a fifth dimensional reality,” I said. “Therefore, your breaking through the dome at the exact instant of our ascension was for a higher purpose. I was hoping that you and I could discover together what that purpose may be.”

“I am willing to join you in that endeavor,” Franquoix replied.

I put out my hand to shake in agreement, and this time he took it.

PLEASE SEE COMMENTS FOR DETAILS
Posted by Suzanne Lie at 7:57 AM