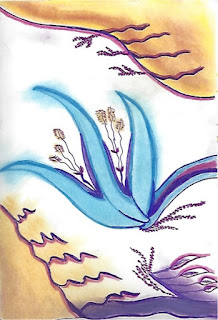 Dear Earthlings, which includes ALL living beings who are able to receive, attend to, and share our message, we are honored to share with you what is occurring in the higher dimensions that encircle Gaia.

The Arcturians will also have their transmission, but they wanted us Pleiadians to begin this process as we appear more human and are more able to understand human behaviors. Also, we Pleiadians have taken many earth vessels to better understand humanity.

We Galactics occasionally take an “earth vessel” as a preparation for us to better understand Earth society. The most difficult part of our “joining Earth society” is the illusion of being alone.

On the Ship we are in constant contact with everyone on the Ship.  We can easily recognize each other by their aura, and we can intermingle our auras to share our every thought and feeling without speaking.

Also, all the leaders have, and continue to have, total dedication to our “Service to Others.” However, the term “others” includes the Ship, with whom we all have an intimate relationship. The Ship holds the 5D Blueprint for Earth and for ALL of Gaia’s many beings who visit, and/or live onboard the Ship.

Most of the occupants on the Ship, volunteer to take “away missions” to physical Earth so that they can learn more about how they can assist with planetary ascension, as well as to have a more intimate experience with the “grounded humans” who are part of the Ship’s “Away Team.”

The biggest challenge for our Away Team, is to remember our TRUE SELF and NOT get lost in the illusions and fears of our third dimensional expressions who have joined our away team to Gaia.

When we do not limit our “sense of SELF” to being a third dimensional human, we remain in constant contact with our higher dimensional expressions of SELF. We have found that this two-way connection with our Earth Self and our Galactic SELF can be very challenging.

All of the expressions of our Multidimensional SELF are available to our fourth dimensional and beyond states of consciousness. However, even we Pleiadians can become lost within the illusions of the third dimensional reality.

It is for this reason that we always travel with a “buddy” as humans would say. When we are accompanied with a close friend and partner, we can both assist each other while we travel within the deep illusions and lies of your third dimensional reality.

From visiting you on Earth, we can see that so many of you have also chosen to take this 3D incarnation in order to learn how to expand our consciousness while being constantly surrounded by the low frequency rate of the third dimension.

Fortunately, when we Galactics take an earth vessel, we are able to expand our consciousness, and hence our perceptions, to be able to “read the aura” of others in the same manner that we read aura’s and psychically communicate on our Ships.

Via this psychic information, we can determine if a human would be able to expand their mind enough to accept that we are, indeed, fifth dimensional beings from a higher dimension. Some humans, in fact more and more of you, are able to allow us to assist you to temporarily expand your consciousness to encompass the fifth dimensional frequency of reality.

Even if your earth memory of your life on the ship is dim, you still remember the “Earth Mission” that you have chosen. This memory may come and go from your consciousness, but it is like a “trail of bread crumbs” that reminds you that there is a way home, and you will find it when it is the NOW to return,

However, if you hold fear, frustration, anger, sorrow or illness, it is MUCH more difficult to remember your True SELF and your Earth Mission, which is what you volunteered to remember and to do. We find that it can be VERY difficult to remember our mission once we are surrounded by the fears and challenges of the third dimensional world.

The process of taking an Earth Vessel, and being confined to your third/fourth dimensional physical and astral self, can easily make you forget your True, Multidimensional SELF.

When you come to the Ship, one of the first things that we do is to put you into one of the “healing beds,” which will assist you to ease your third dimensional fears and worries. With your 3D/4D fears and worries transmuted back into fifth dimensional Love and Light, you are more able to return to Earth with your innate higher states of consciousness and continue with your Mission.

Since “time” is an illusion of your third/fourth dimensional reality, no one in your 3D world will know that you have “phased OUT” of third dimensional time and space during your sleep, or meditation. Since the “third dimensionals” have no concept of our reality, they do NOT perceive what they can NOT believe.

Some of you are also remembering your fifth dimensional experiences on your Starship which is orbiting in outer space, and sometimes, around your planet. However, our fifth dimensional Mother Ship is fully cloaked and does not enter too deeply into your Solar System, as they could affect the planets too much.

Therefore, we send out our Scout Ships, which are still huge according to human standards, but are not too large to affect the gravity of your planetary system. More and more of our grounded ones who chose to take an earth vessel to assist Gaia, are seeing, feeling and visiting these Ships while they are sleeping or in deep meditation.

Unconditional Love is the vibration that can create a vibration that is high enough to allow your consciousness to resonate to the fifth dimension. We are reminding all of you that our Ships will be entering your perceptual fields more and more, so that you will NOT become frightened.

Also, we will be talking with you all more and more, so that you will have a sense of joy and even jubilation when you see us in your skies. You see, more and more of you are expanding your consciousness to the degree that you can see our Ships.

Of course, on the other hand, there are more people that are frightened by the concept of our Ships as they are afraid that we will hurt them. These people are usually those who have unhealed fear and sorrow, as well as those who like taking advantage of the “power over others” of the third dimension. These people are NOT happy about our appearance, as they do not want to give up their power over others, or their greed and mistreatment of dear planet Gaia.

Change is coming to Gaia’s Earth, and those who have enjoyed their “power over others” will not be happy when humanity begins to remember, and use, their own “power within.” In fact, many of the “power within” leaders are having a “face off” with the “power over” leaders.

A fifth dimensional ship is a Galactic Starship, which can be cloaked to the 3D world, or chose to briefly reveal itself. However, we cloak again quickly so as not to frighten humans who are not aware of us.

However, we often show our higher fourth and fifth dimensional frequency, as people who perceive that have a higher state of consciousness. We mostly stay away from any third dimensional exposure to Earth, as there are too many people still who would become frightened or would try to shoot us down.

Of course, they could not “shoot us down,” but they may frighten others, or their weapons could hit something else and harm others. Reality is specific for each person's state of mind, and level of consciousness.

These advanced beings are so dedicated to Gaia, and Her efforts to ascend Her Planetary Self, that they will actually come to planet Earth to assist with this Planetary Ascension. Also, any time a planet is able to ascend—raise its resonant frequency to the fifth dimension—the entire Solar System benefits from the flow of fifth dimensional light.

We Galactics applaud the valiant attempts of the “Awakened Ones” to participate in the great honor merging their higher, fourth and fifth dimensional personal consciousness with Gaia’s planetary consciousness.

If you have found this inter-dimensional message and have taken your “earth time” to read it, you are likely among those who are remembering and awakening to your own higher dimensional expression of SELF.

We Pleiadians, as well as our Arcturian and other Galactic friends, thank you for your “higher dimensional service.” Please remember that Gaia is a “planetary school” who is to teach humanity that “energy out is energy back.”

Gaia also has her own curriculum courses to assist Her “students” to release the third/fourth dimensional illusion of “time and space.” Once that illusion is released, Gaia and Her inhabitants will remember how to return to their fifth dimensional Operating System of Here and NOW.

We, your Galactic Family, want to remind you that we are HERE within your NOW to assist you with this evolutionary shift. Call us! We WILL answer!

Blessings,
The Pleiadians and your Galactic Family
Suzanne Lie at 1:09 PM
Share