Remembering our TRUE Galactic SELF 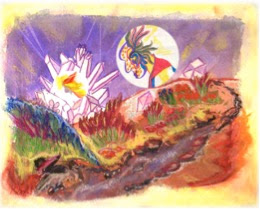 We are changing deep inside of ourselves and at the same time, we are becoming the ME that we always were but thought we were “making it up” or imagining” it. However, what we had thought of as our “imagination,” was really a deep doubt about the SELF that we were also experiencing when our consciousness expanded to fifth dimensional brainwaves.

However, our first experiences were often when we were young children and our “imagination” always told us about other worlds. In fact, for many years we wore our “third dimensional human container.” However, we did not resonate to the NO TIME of the fifth dimension, so we still thought we were “just human.”

However, we did achieve much more than we thought we could, or that others told us that we could NOT achieve. We continued on by reminding ourselves again and again that, “I will not allow myself to forget this other world, which we could only perceive via what we have been told was “just our imagination.”

We knew that this higher energy field felt very wonderful and totally safe, but we could not remember how we entered it. We also realized that we are in the “energy field of Planet Gaia.” Of course, as long as humans were still wearing their 3D earth vessel, they looked like all the other humans.

However, this higher energy field began to tell us that we were visiting the fifth dimension. We were also told that we were “just visiting” as we chose to take an earth vessel to assist Gaia through Her great Planetary Shift from the third/fourth dimensions and into the fourth/fifth dimensions.

Also, all the animals, birds, fish and insects could feel that we were different, but they could not talk to us because we thought that inter-species communication would be impossible. Therefore, for a very long time, no one tried to communicate with the Nature Beings.

Fortunately, the humans who maintained a connection to the fourth and fifth dimensions began to slowly, very slowly, change. We did not know that we were regaining the fifth dimensional consciousness that we all had, but had forgotten. Therefore, we kept our changes a secret from many of our friends and family.

Then, slowly but surely, our energy fields began to become calibrated to Gaia’s frequency of Her energy field. This is when the humans began to split off into two camps. These two camps were: Power OVER Gaia and Unconditional LOVE and protection FOR Gaia.

Unconditional Love is a fifth dimensional expression. Therefore, many humans could not even imagine that such a thing could exist. Far too many humans had experienced “conditional love,” in which they had to DO or THINK something in order to deserve love.

Gaia was very confused about humanity's “conditional love,” but she soon experienced it as humans began to destroy Her planet for their own selfish needs—which was usually money. However, Gaia had NO concept of “conditional love,” and nor did the Galactics who took human earth vessels in the third/fourth dimensions in order to assist Gaia.

It was then that Gaia realized that She was a “teaching planet,” and it was Her planetary duty to mirror the humans actions. Hence, when humans sent Gaia love and caring, Earth was beautiful, safe and able to provide all the humans needed.

On the other hand, when humans treated Gaia like a “thing” and destroyed huge parts of Her pristine planet for their own personal gains, Gaia became sick. She could no long control Her weather, which was overtaken by the fear, anger, selfishness and greed of the humans.

Gaia had volunteered to be a “Third Dimensional Ascension School,” but too many humans disregarded the greater needs of the planet that had provided them with a home. Instead, these humans thought only of themselves, their own selfish desires, and the need to have “Power Over” others.

Fortunately, as more and more Galactics took human earth vessels to assist Gaia, some humans began to understand the concept of Unconditional Love. Of course, putting that concept into action was a different thing.

They did this because Nature seemed to love them back, which many humans were unable to provide. However, those who experienced the Unity began to have more and more memories of another, higher dimensional reality.

They could vaguely remember that world, and the memory seemed to slip easily from their consciousness. When that occurred, the humans felt VERY sad and knew that something was missing, but they were not sure just what that was.

When humans entered into this Unity and Oneness with their own consciousness and their own memories of a higher dimensional reality, they remembered that they came to Earth to create a “Third Dimensional School for Earth’s Ascension.”

It was called a “3D School” as it was much like a “kindergarten” to many humans in that it was the “beginning of learning something new.” Gaia’s Kindergarten, was also the next, higher frequency beyond the lower third and fourth dimensions that so many had to visit in order to remember.

And what did they need to remember? They needed to remember their True Multidimensional SELF and why they had chosen to come to Gaia’s Earth. Fortunately, more and more humans graduated from that “kindergarten” and swiftly expanded their consciousness into higher and higher frequencies.

It was then that the concept of a “Higher Dimensional Consciousness” came into the thoughts of the humans who were learning “power within,” and forgetting about any old concepts of “power over.”

This higher consciousness reminded humans that they had only been using a very small percentage of their brain’s innate ability. Therefore, humans began to walk in the woods, walking with and blessing the many creatures in nature, and listen to their “imagination” not as a “weird thing,” but as a TRUTH that had always been available when they allowed their consciousness to move into the higher frequencies.

It was then that many humans began to “discover” their innate talents and higher dimensional thoughts, actions, dreams and meditations. Then, the humans began to believe that they could do more for other, for Gaia and for themselves.

When they focused more on how they could serve others and serve Gaia, they found ways that they could contribute to raising the frequency of their world closer and closer into the fifth dimension, which was once far beyond their reach.

They also realized that there was far more than just one version of assisting others and of assisting Gaia. It was then that each human worked to expand their own consciousness and contributions to their world.

These humans are not special, or better, or more trained.

These humans are YOU in higher dimensional expression
of your own Multidimensional SELF!! 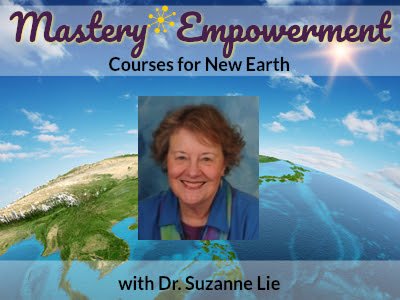 Register for this Mastery Empowerment Course: $97

BONUS:  includes a 3-part course: Merging with Your Multidimensional Self in the audio download with transcripts.
Posted by Suzanne Lie at 4:03 PM